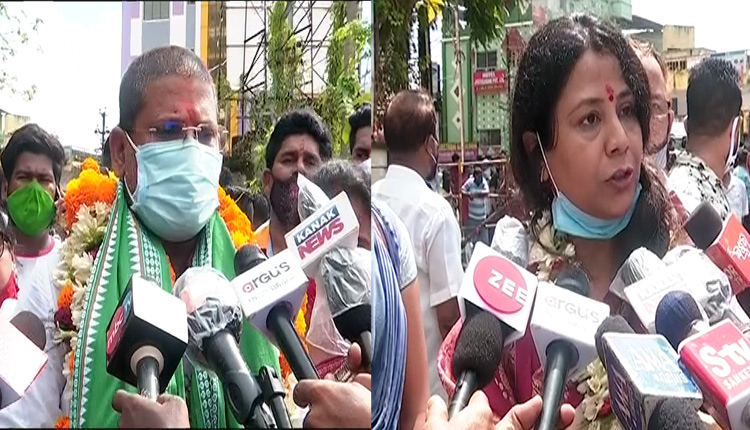 Congress heavyweights like Navajyoti Patnaik and Sudarshan Das were present with Kundu, who filed her nomination papers at the Sub-Collector’s office. Similarly, some prominent BJD leaders also accompanied Swarup during his nomination-filing.

However, bare minimum supporters were present from both the parties in view of COVID19 restrictions.

Cautioning everybody to stay safe during the election campaigning, Swarup Das said, “Chief Minister Naveen Patnaik has done a splendid job in controlling the Coronavirus situation in the state. We will go to people and ask for their votes highlighting the same.”

Bharatiya Janata Party nominee, Manas Kumar Dutta had submitted his papers on Wednesday for the bypoll which is scheduled for November 3, 2020.

Fresh Low pressure Likely Around Oct 19; Heavy Rainfall In Odisha In Next 24 Hours