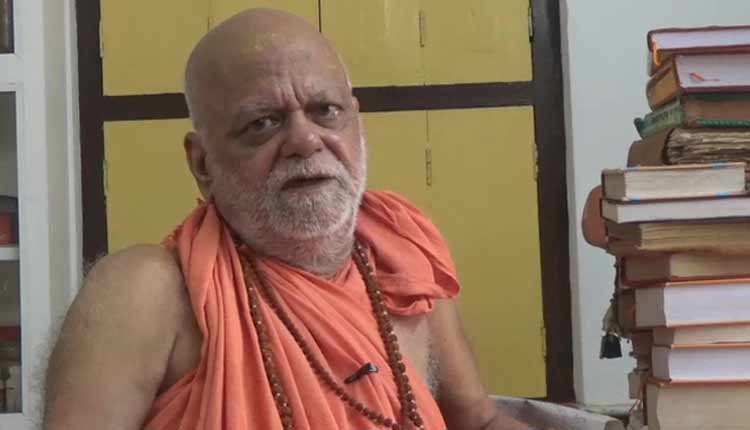 Puri: Shankaracharya of Govardhan Peeth in Puri, Swami Nishchalananda Saraswati has urged the government of India to remain amiable with Nepal amid the country’s escalating border row with the Himalayan country after it ‘unilaterally’ adopted a new national map including disputable regions of India.

“Nepal is a Hindu nation and shares social, cultural, religious and spiritual bond with India since time immemorial,” Shankaracharya said.

The Puri seer further highlighted that government must call for an all-party meet with various religious leaders having socio-cultural insights and resolve the tension between the countries through amicable deliberation.”

“Government must realise the tranquility and age-old cultural ties between the two nations,” he added.

It may be noted that Nepal shares a unique place in the history and tradition of Puri Jagannath Temple. As per the practice, the royal family of Nepal traditionally provides the ‘Kasturi’ (Deer Musk) used in temple rituals.

The king of Nepal and his queen enjoy special privileges at the Puri temple. As per the temple record of rights, the entire temple premises get washed – a ritual known as ‘soudha’, before the arrival of the Nepal royal couple.

In 2018, Nepal’s last king Gyanendra Bir Bikram Shah Dev paid a visit to the temple and offered obeisance before the holy trinity.

Amid long-term border issues, the ties between the South Asian neighbours have however gone for a toss in recent times. Last week, Nepal unilaterally passed a bill to alter its national map which includes disputed Indian territories of Kalapani, Lipulekh and Limpiyadhura. The inclusion of the controversial provinces by means of parliamentary amendment triggered resentment in India especially at a time when the country’s is at loggerheads with China.