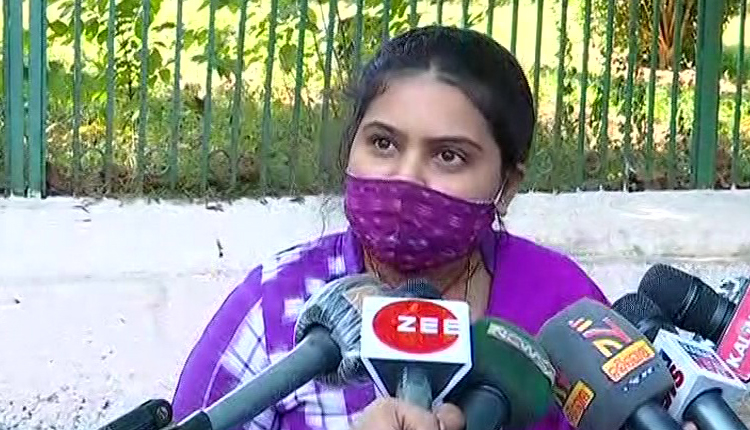 Bhubaneswar: Vidyashree, the wife of deceased social activist Aditya Dash, has again brought allegations against the Odisha Crime Branch accusing the probe agency of delaying in submitting the status report in connection with the mysterious death case.

Besides, she also has filed a complaint at the Airfield Police Station against a person accusing him of spreading rumours to tarnish her and her family’s image.

Speaking to the media, Vidyashree said, “A person named Subasish Sarangi had earlier made false statements against me. He accused me of murdering Aditya and even went on to say that he was my third husband.”

“I had registered an FIR against him earlier, but he managed to get an anticipatory bail from court on the condition of not making any statement regarding Aditya’s death that could influence the investigation,” said Vidyashree.

“But he violated the court’s order by again making false accusations against me on a web channel. So I have registered another FIR in the police station demanding cancellation of his bail,” she said.

Earlier, the Orissa High Court on 4 November 2020 had expressed its displeasure over the failure of the Odisha Crime Branch to submit the status report on investigation into the death of the social activist.

On July 7, Aditya’s body was found along the railway tracks near Lingaraj Railway Station in Bhubaneswar. On July 30, the Director General of Odisha Police ordered the Crime Branch to take over the investigation of Aditya Dash’s death case.