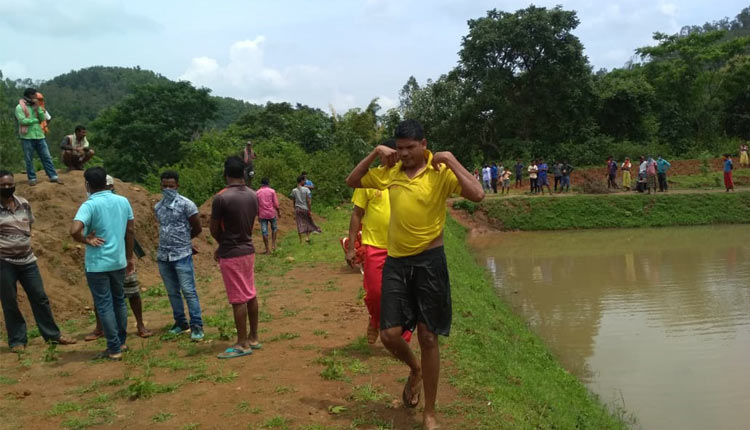 Koraput: Fire service personnel today recovered the bodies of three minor girls floating in a pond in Deoganj village under Lamtaput block of Koraput district. The deceased girls have been identified as Tamili Puja (12), Nikita Dalpati (13) and Santoshi Patri (14).

As per family sources, the three had gone out yesterday to pluck guavas from a tree but did not return home following which their parents lodged a missing complaint at Nandapur police station.

A pall of gloom descended on the village after their bodies were found floating in the nearby pond.

Getting information, Nandapur fire services personnel rushed to the spot to recover the bodies. An unnatural death case was also registered at Nandapur PS.

Nandapur inspector-in- charge Kapileswar Behera said, “Preliminary investigation reveals that they were taking bath in the pond and may have accidentally slipped into deep water. An autopsy was later carried out in the presence of Magistrate.”