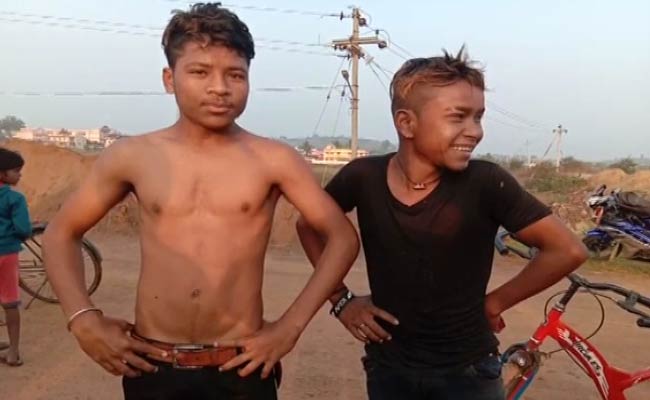 Koraput: Showing an exemplary act of bravery, two minor boys on Thursday saved an elderly man from clutches of death after he slipped into water in Dangaguda canal in Koraput.

The two bravehearts have been identified as Kishan Majhi and Sanjay Pujari of Dangaguda village in Jeypore area.

As per reports, the man, Laxman Sahoo was sitting on the canal bridge at Gandhi Chhak today morning after morning walk when he accidentally fell off the bridge into Dangaguda canal.

Kishan and Sanjay rushed to the spot and jumped into the river to help Sahu. Despite all odds, the duo successfully managed to rescue him from drowning after much struggle.

“Some girls of our locality saw the person drowning and informed us. We immediately rushed to the river and initially thought he was dead but when we witnessed some movement, we dived into the river and rescued him,” said a smiling Sanjay.

Meanwhile, after news of the incident spread like wildfire, wishes continued to pour for the brave boys from various quarters. Jeypore Town Police too felicitated Kishan and Sanjay for their brave act.

“The boys risked their lives to save the man who accidentally fell into the river. I would like to thank the boys for their courageous act,” said Jeypore Town Police Station Inspector-in-charge, Baleswar Gidhi.

Reportedly, the villagers have also requested the Koraput district administration to recommend Kishan and Sanjay’s name for the national bravery award.

The Giri-sisters had put their lives at risk and rescued 12 people after a boat capsized in Mahanadi river mouth near Nipania in Kendrapara on January 1, 2019. Likewise, Shrimati had saved her friend from a train accident.