Transforming Schools: Odisha Can Succeed Only Through Quality Teaching By Qualified Teachers

Odisha plans to transform in the first phase 1,070 schools with modern facilities and Government feels that the move would lay the foundation for a progressive Odisha. Chief Minister said the decision to transform the schools will bring new opportunities for children of the state and will help them fulfil their dreams.

School transformation project of Odisha government: It can succeed only through quality teaching by qualified teachers

Litigations have led to abnormal delay in deployment of Headmasters and litigations don’t end soon. Credible political concern is seldom noticed over this serious issue. Shortage of Trained Graduate Teachers in critical disciplines like Computer, Science makes the Government High Schools increasingly less popular and useful. Parents and students prefer to shift to private schools, mostly those which teach in English medium.

Government, of late, however, seems to be active on a reforms agenda. Adarsh Vidyalaya, Model School, is one initiative worth mentioning. It’s a watershed in the sense that these state Government High Schools would provide a unique opportunity to meritorious students of rural Odisha all facilities available in expensive private schools. When fully developed, these 314 schools would offer over 25,000 students every year for the school final examination. These schools have adopted CBSE syllabus and English is the medium of instruction. Basically, Adarsha Vidyalayas have infrastructure and facilities of the standard available in Kendriya Vidyalaya in critical areas like Pupil-Teacher ratio, ICT usages, holistic educational environment and appropriate curriculum. The unit cost of first phase buildings was Rs 3 crore; now each unit costs around Rs 5 crore. These
Vidyalayas have adequate ICT infrastructure and internet connectivity with sufficient scope for sports and co-curricular activities. The reservation of seats for students is as per the percentage of SC & ST population in the respective Blocks and half of the students have to be girls. So far, 214 Adarsha Vidyalayas have been made operational in 29 districts and 30 schools have been upgraded to Higher Secondary level.

The result of the first batch in 100 schools, however, has not be encouraging. Out of 5981 students who appeared in CBSE Examination, 1055 students (18%) failed. Only 5.6% of students secured 90% or above and 30% secured 75% and above. The result is surely a wakeup call to the government and once again proves that expensive infrastructure alone doesn’t ensure a good school. Quality of teaching is an area that needs closer monitoring to ensure that this initiative of the government becomes a success.

Hinjli is the Constituency of the Chief Minister and perhaps that was the reason why fifty schools in his constituency were handpicked for the programme ignoring ancient schools of the state which have been serving the community for over 150 years and where perhaps there was much greater chance of success of the programme. Soon after Shergad Block got 27 high schools converted to smart high schools, students and guardians noticed the absence of IT teachers. For some days, classes are being somehow managed. Teachers with working knowledge of computers are running the systems. A few years ago, computer teachers had been engaged in some schools in this Block through a contractual agency to impart computer education. But those teachers were disengaged. Computers worth lakhs of rupees are gathering dust in closed rooms. In Kumuli High School in Boriguma Block of Koraput District, smart classroom was started for which Block administration spent Rs 5 lakhs and through convergence of resources of various schemes. The district is planning to cover one school per Block for its 14 Blocks. 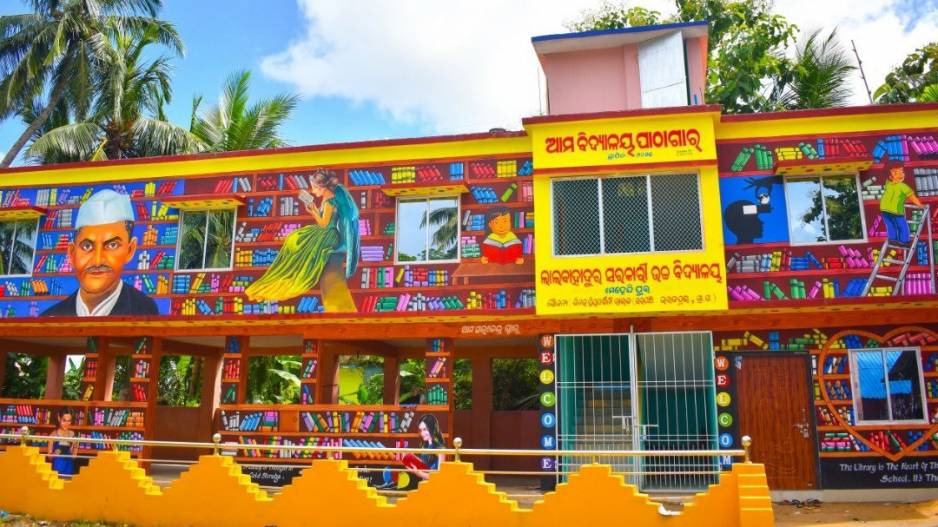 Odisha plans to transform in the first phase 1,070 schools with modern facilities and Government feels that the move would lay the foundation for a progressive Odisha. Chief Minister said the decision to transform the schools will bring new opportunities for children of the state and will help them fulfil their dreams.

Smart classrooms are expected to improve students' learning abilities through integration of technology in and outside the classroom. By integrating technology, we could make students stay engaged in classroom as interactive modules like videos and presentations would make teaching appealing to students who hitherto have been struggling with the traditional method of teaching in a classroom. Through audio-visual presentations, students will access new frontiers of knowledge by travelling throughout the world from virtual platform. To take full advantage of this new facility, students need mentors in capable teachers. This needs to be ensured. The stock of teachers the state has may not assimilate new technology in the same manner or same speed. Some could be fast learners while many would be slow or remain indifferent like one of my colleagues and good friend who, despite my efforts, couldn’t learn to operate his email account.

The strategy Odisha has adopted to replace school blackboard by smartboard is rather unconventional. Schools have not gone through an objective and strenuous screening process to win a smart classroom as has been the case in Srinagar. Here a school has been selected merely because it is located in the constituency of the VVIP. The school has been a beneficiary of a paternalistic favour; it has not earned it. The case of the school in Boriguma Block in Koraput shows it has gone for a less elaborate infrastructure than a school in Hinjili or Shergad. 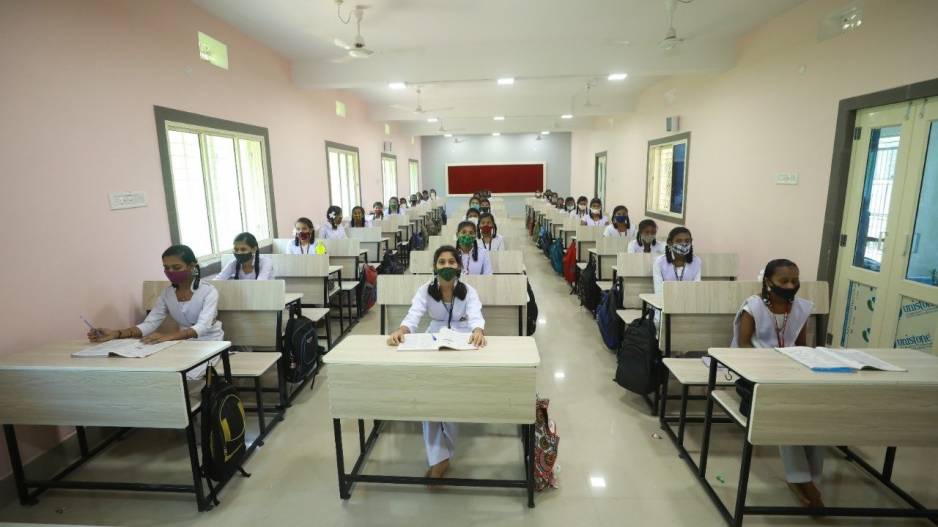 Odisha needs to address the important issue of modality of selection of schools, uniformity in infrastructure facility, and above all, must ensure availability of qualified teachers in schools. A massive expensive building with state of art toilet, a swanky swimming pool and a gym without a Headmaster or adequate number of qualified teachers doesn’t create a smart school.

The Government of India has planned to provide by March 2023, two smart classrooms in all 1,01,967 Government and 42,917 Aided schools in all States/UTs and 1704 KVs and NVs making a total of 1,46,588 schools. Thereby there would be a switch to digital boards from blackboards in every school in the country in a phased manner. Odisha would do well to dovetail its programme into the national plan.

More From The Author | Mo Cycle Project In Bhubaneswar: A Good Example Of Bad Planning