Cycle sharing system to emerge as a means to provide first and last-mile connectivity in Bhubaneswar would depend on when the city can have safe and dedicated cycle tracks.

Despite exponential use of automobiles for public and private transport, around 30% of daily trips in India are said to be made either on foot or by cycle. This segment needs to be nurtured and protected with better facilities on roads. Cycle continues to be the preferred conveyance of the poor; but the number of cycle riders belonging to well-to-do segments of society is on the rise as well. These people take to cycling for leisure, endurance exercise and for their concern for environment. India’s huge young population should be oriented towards cycle as the ideal transport mode for short trips as well as a pastime on holidays. Compared to other public transportation projects, cycle sharing systems, fortunately, remain inexpensive. Cycle sharing systems can conveniently be dovetailed into conventional public transport arrangements for providing first and last-mile connectivity. The National Urban Transport Policy, keeping in mind the need for public bicycle sharing system, speaks about "movement of people and not vehicles". Ministry of Urban Development has come up with a toolkit to promote cycle share systems in India. India’s thriving bicycle industry could be an important stakeholder in the emerging city cycling revolution.

A pilot project in Mumbai, 'Cycle Chalao', started in 2011 with 30 cycles, was operational on 2.5 km between Mulund East Railway Station and Vaze Kelkar College. This was an instant hit among young commuters. It helped commuters who got out of buses and trains and then had to wait for long or settle for a costly autorickshaw and taxi ride to reach home or place of work located within one to two km.

Soon thereafter, Pune Municipal Corporation through ‘Cycle Chalao’ ran and operated a public cycle share system in the city. However, the project ran into rough weather. Cycle Chalao wound up their initiative and was of the view that Bicycle sharing systems to be successful in India have to be fully sponsored by the public authorities and private associates should act as contractors to provide construction, operations and maintenance. On August 6, 2012, Namma Cycle, a cycle share system was launched at the Indian Institute of Science, Bengaluru.

Odisha Shows The Way In Hockey

Odisha Has To Overcome Many Barriers To Reach 2030 SDGs

Covid 3.0: Looking At The Third Wave And Beyond

On November 26, 2018, Chief Minister flagged off a promotional rally of 300 Bicycle enthusiasts from Bhubaneswar Airport Square to Kalinga Stadium and Odisha experienced yet another innovative community facility as a part of the transformational Smart City initiative. The city had its Public Bicycle Sharing (PBS) Project, christened as Mo Cycle. It arrived in the city that was hosting the Hockey World Cup Tournament, two days later. 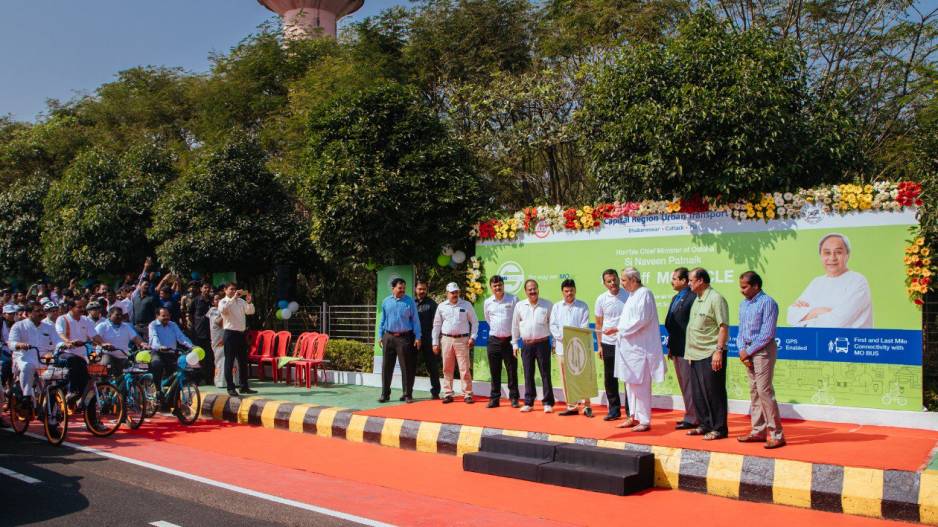 Bhubaneswar Smart City Limited (BSCL) brought 1000 Hexi Bikes, 500 Yaana and 500 Yulu Bikes. Little was done towards creating adequate infrastructure for the 2000 sophisticated Bicycles. It was out and out impulsive financial adventurism, procuring 2000 expensive Cycles in one go. Panchkula was a success story with just 200 Cycles and Bhopal, a much larger city, had settled for 500 cycles.

Mo Cycle system was to reduce traffic congestion, enhance road-space efficiency, and improve air quality in the city. The intent was also to increase accessibility of PBS by providing first and last-mile connectivity. Planners opted for a dense network of stations instead of keeping the bike stations only at major destinations or junctions. Through this innovation, they wanted to connect the ‘Sources’ to ‘Destinations’ and therefore bike stations were set up within residential areas as well as on main streets so that people could start and get back to their homes on a bicycle. With many bicycles coming in they were confident of building a robust PBS and bicycle culture.

Little did they think about the prevailing chaos on roads of Bhubaneswar where, as on March 31, 2021, there were 10.71 lakh two-wheelers and 2.59 lakh four-wheelers, leaving little space for cycles to move. Precious little was done to lay dedicated cycle tracks; no serious move was made to make marked cycling space on roads free from truant bikers. The induction of 2000 bicycles into the turbid space was like writing an essay on pandemonium.

Naturally, soon after the launch, number of users kept falling rapidly—from 37,008 in December 2018 to 6216 in March 2019. It soon became clear that the government that launched the programme was only keen on inauguration and advertisement rather than creating credible infrastructure in the city for cycles to move.

Hundreds of Mo Cycles were found rotting at docking stations across the city; unseemly squabbles between the Smart City Authority and the Suppliers became louder. Maintenace of the GPS enabled Cycles suffered; the public felt let down. Yet another government scheme was getting dysfunctional soon after a well-hyped inauguration show, signalling a City on Move. Smart City Authority transferred the scheme to the Municipal Corporation in October 2020, within two years of launch. Number of cycles in operational condition kept plummeting, so did the number of users. 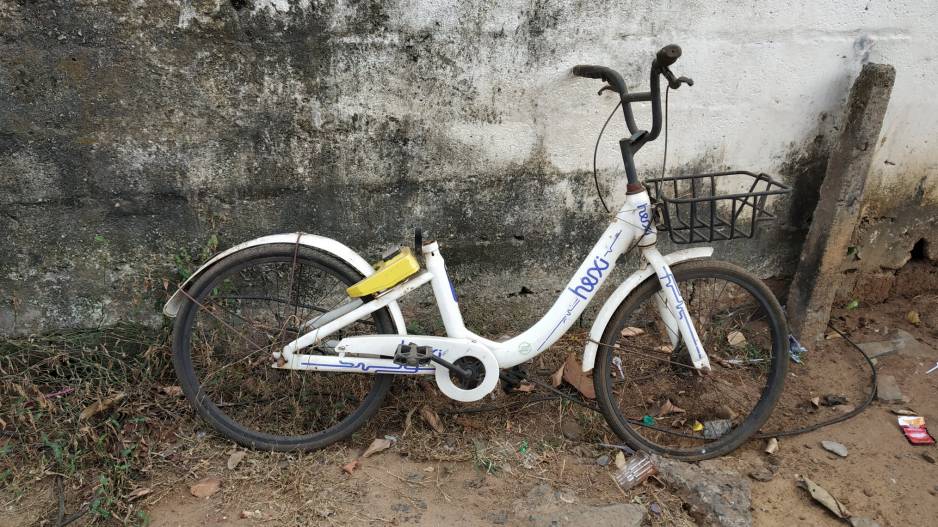 Meanwhile, the State unit of BJP has alleged poor management of the cycle service and irregularity in procurement of Mo Cycles. BJP legal cell coordinator even talked of taking the matter to Court seeking a transparent investigation.

At present, the PBS seems to be totally dysfunctional. Some attempts, however, are being made towards maintenance and improve the stock of functional cycles. It would be unfortunate if the Bhubaneswar PBS is written off. Stakeholders should work towards reviving it.

A well-designed cycle sharing scheme is socially useful; but there are challenges. Apart from political will, the scheme needs dedicated allocation of government funds for cycling infrastructure. More users from well-to-do segments of society making use of PBS would address the issue of cycling being poor man’s choice. Bhubaneswar has now a huge number of morning walkers and joggers. Their number seems to be rising fast. City gyms too remain reasonably patronised. Cycling, as a morning exercise, could be appealing if it is well planned. A ride from Mukteswar Temple to Chaushathi Yogini Temple at Hirapur across the Kuakhai by keeping one lane of the Two-lane Road reserved for cyclists between five and eight in the morning could bring in a new cycling culture in the city. There could be other stretches in the city for the same objective as well.

However, cycle sharing system to emerge as a means to provide first and last-mile connectivity in Bhubaneswar would depend on when the city can have safe and dedicated cycle tracks. In the meantime, we may focus on certain educational campuses like IIT, a few Engineering and Medical Colleges for students and teachers using the PBS.

Bhubaneswar Roads have almost been chocked by bikes. Stringent registrations of new bikes perhaps would help. It should be possible to work out a viable PBS for Bhubaneswar through better maintenance of cycles; reducing the number of cycle stations and reducing the number of cycles by half. Since Rourkela, another Smart city, would host Hockey world Cup shortly, it could as well take a few Mo Cycles from Bhubaneswar and introduce cycling culture in the Steel City.

More From The Author: Scope Galore Yet Silk City Berhampur Waits For Its Tryst With Destiny