In Taarak Mehta Ka Ooltah Chashmah Bhide's scooter, Sakharam will go missing and this may put Abdul Bhai in trouble.

The upcoming episodes of Taarak Mehta Ka Ooltah Chashmah will focus on Bhide and Abdul Bhai. Both Atmaram and Madhavi Bhide decide to deliver their achar papad to a client on their scooter Sakharam. But unfortunately, Sakharam does not start despite Bhide trying to kick start it multiple times. Bhide, for whom the scooter is like a family member, is disappointed.

Incidentally, everyone is well aware of the concern that Bhide has for his scooter and that is why Sakharam not starting also becomes a big concern for the people in Gokuldham Society. The Bhide couple decides to look into its issue later on and go for the delivery in auto as making the delivery on time is more important at that stage. 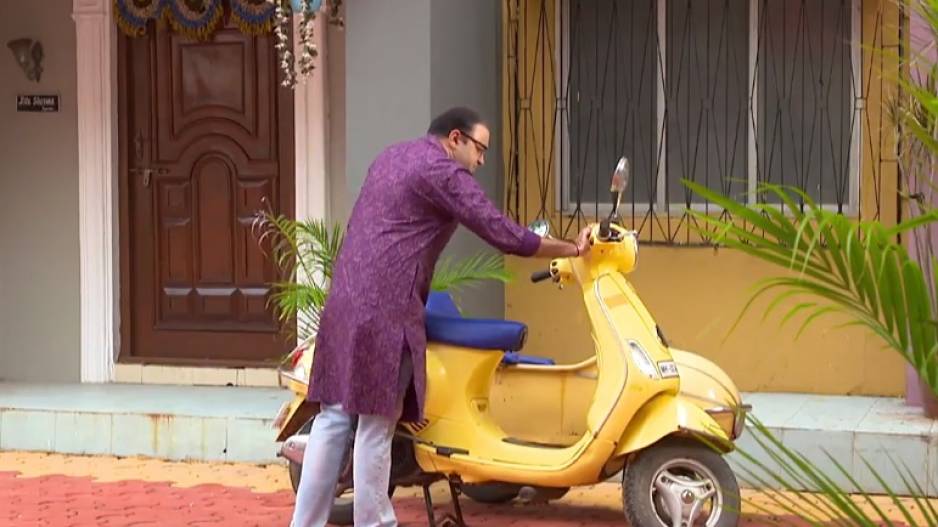 But before going away from Gokuldham, a worried Bhide asks Abdul Bhai to keep a vigil on Sakharam. Abdul Bhai promises Bhide that he will keep an eye on Sakharam. While Madhavi and Gokuldham’s ekmeva secretary is out for the delivery, Abdul suddenly has to run out for an urgent errand. When Bhide comes back, there is no trace of Sakharam. The scooter seems to have just vanished in thin air.

Anupamaa: Anuj Declares Love For Anu To Vanraj; What Will Happen Next?

He was confident that Abdul will keep an eye on his scooter as promised. While Bhide is quite upset, Abdul Bhai feels guilty that because of his negligence Sakharam has been stolen. There is a strong possibility that it might put Abdul Bhai in trouble as Bhide will definitely ask him why he could not take proper care of his Sakharam as promised.

Now, it needs to be seen whether someone has stolen the scooter of Bhide or has taken it to the garage for repairing knowing that it was giving starting trouble earlier. The upcoming episodes of Taarak Mehta Ka Ooltah Chashmah will unveil what exactly happened to Bhide’s Sakharam.