According to a report by Tollywood Net, Nidhhi’s pet dog ‘Coco’ went missing yesterday from her home in Bangalore.

Sharing about the same, the iSmrat Shankar actress shared a post on her Instagram stories. In the post Nidhhi shared the details of her furry baby.

In the poster she says “A Golden retriever. Its identification is that it is wearing a pink collar with diamond studs on it. She also mentioned that it is 8 years-old elderly dog with heart problems. She also said that coco is extremely gentle and friendly.”

More Than Rs 80 Crore For Thalapathy Vijay's Next?

Jr NTR Isolates Self After Testing Positive For COVID-19 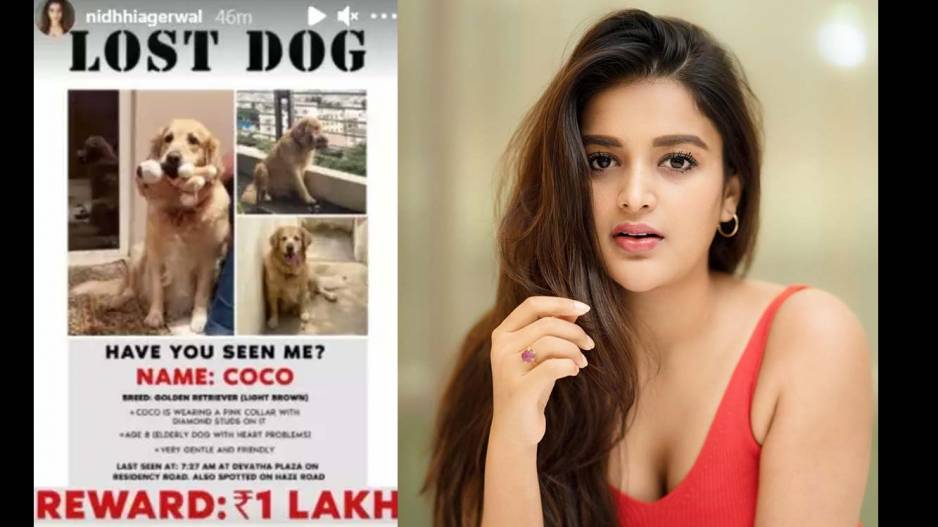 “Coco was last seen at 7:27 AM near Devat Plaza, Residency Road, Shantlala Nagar, AshokNagar Bangalore,” she added with her contact details. Niddhi has announced Rs 1 Lakh for anyone who helps her to find Coco.

Nidhhi shares close bond with her pets and she also shares many videos of her pets on her Instagram handle.

On the work front, Nidhhi Agerwal will be next seen sharing screen scape with Power Star Pawan Kalyan in his next period drama which will be helmed by Krish. She also has a movie with Udyanithi under the direction of Makhilthirumeni.