The Covid-19 positive tally in Odisha also rose to 9,52,111 after as many as 2,182 people tested positive for the virus on Saturday

Odisha on Saturday reported 67 new deaths due to Covid infection taking the death toll to 4,992 in the pandemic.

The maximum number of 25 fatalities was reported from Khordha district, eight from Ganjam, seven from Sundargarh, six each from Mayurbhanj and Puri, four from Bargarh, three from Nayagarh and one each from Angul, Bhadrak, Boudh, Gajapati, Jagatsinghpur, Jajpur, Kalahandi and Kandhamal.

“This list does not reflect deaths occurring on a particular day. It gives details of past deaths for which the death audit process has been duly completed and the cause of death has been identified as due to Covid-19,” the State Health department informed through its Twitter page.

The Covid positive tally in Odisha also rose to 9,52,111 after as many as 2,182 people tested positive for the virus on Saturday.

The active cases in the State reached 21,540 while 9,25,526 patients have recovered, including 2,317 on Friday, from the disease so far.
Of the fresh Covid-19 cases reported from 30 districts, 1,258 are from quarantine centres, while the rest 924 are local contact cases, the data revealed by the I&PR Department stated. 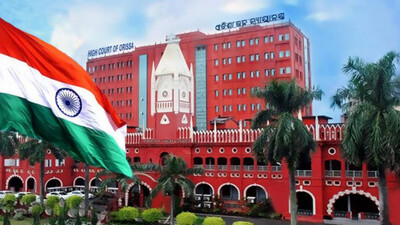