Containment Zone Back In Bhubaneswar Following Surge In Covid Cases

People residing in these areas have been advised to stay indoors. Similarly, ban has been imposed on the entry of outsiders into the restricted zones

Bhubaneswar: With the daily Covid -19 cases hovering around 300 for last several days in the Capital City, the Bhubaneswar Municipal Corporation (BMC) has once again come up with the containment measures at certain places witnessing multiple cases.

The Civic Body authorities have enforced containment restrictions in two apartment areas in the city after multiple infections were detected there. As per reports, two places have been declared micro-containment zones following rise in covid cases.

The restriction has been imposed at HIG-II-61, Satyasai Enclave near Khandagiri and Block –B of Lord Gunjan Apartment at Rasulgarh in the city.Both the places will remain under the active surveillance of the civic body and police.

People residing in these areas have been advised to stay indoors. Similarly, ban has been imposed on the entry of outsiders into the restricted zones. Only authorised officials of the civic body are allowed to enter for emergency services.

All Government and private institutions in the periphery of the containment zone were closed forthwith, a notification issued by the BMC stated.

The BMC will provide essential commodities and necessary medical support to the families residing in the restricted areas through authorised vendors, BMC sources said.

Following detection of multiple cases, the BMC has also ramped up the testing and surveillance drive. The inhabitants in the entire apartments have been asked to adhere to the Covid-19 appropriate behaviour strictly and cooperate with the rapid action team.

The city has been reporting a slow decrease in the daily cases with around 300 infections being detected for past several days.

The Civic body has successfully administered Covid vaccine final shots to around six lakh residents so far. As on July 15, 10.12 lakh people have received their first dose in the BMC jurisdiction. 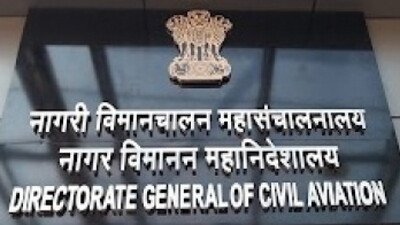