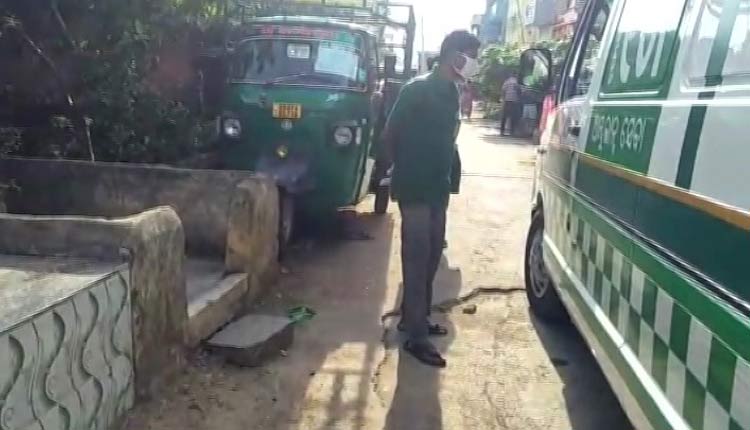 Bhubaneswar: Apart from pushing the economy off the cliff, Coronavirus pandemic has also triggered a serious humanitarian crisis in the country like never before. Such blatant discrimination act fuelled by the stigma of this pandemic is evident from an incident in Odisha where a man succumbed to the inhumane and hostile feelings of people.

The incident has been reported from Sri Ram Nagar area in Berhampur where a man allegedly squirmed in pain for around 20 hours and finally died as no one came forward for rescue.

As per reports, family members of 55-year-old Shiva Prasad sought ambulance service soon after the man complained of uneasiness. Later even though the ambulance came, but suspecting him to be infected by COVID-19, the ambulance staff allegedly denied shifting him to hospital in the vehicle.

Even the neighbours and people who gathered around the man groaning in pain were reportedly more interested in capturing the entire episode in their phone instead of extending a helping hand.

Family members of the deceased alleged that Prasad died as the ambulance denied shifting him to hospital and he couldn’t be administered medical services on time.

“It’s the duty of an ambulance to carry a person to hospital. But the ambulance staff didn’t take my father and returned back after staying for an hour. If they were suspecting my father of being a Covid-19 patient, they could have used gloves and other precautions,” alleged daughter of the deceased.

She further said that no one from the locality came forward to help her rather and were rather busy in video recording the incident. “Is this human nature? Today, I lost my faith on humanity and ashamed of being a human being. My father was also a social activist and used to help people but today, everyone left him to die.”

Comment of the district administration or the ambulance staff couldn’t be obtained. The story will be updated.

Close Shave For COVID-19 Patients As Ambulance Overturns In Odisha