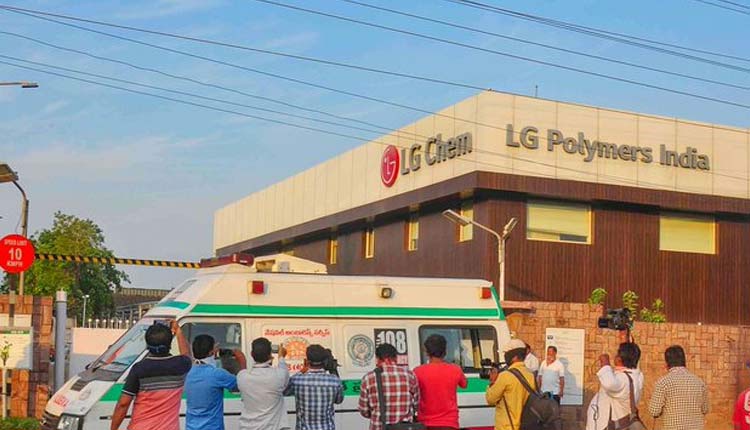 Visakhapatnam: LG Polymers Managing Director and CEO, Sunkey Jeong and Technical Director D.S. Kim were among 12 officials of the company arrested by Visakhapatnam police on Tuesday, in connection with the styrene gas leak tragedy that left 15 dead and hundreds hospitalised in May this year.

Assistant Commissioner of Police, R.V.S.N. Murthy, who is also the investigation officer, said the accused were booked for culpable homicide not amounting to murder.

The gas leak from LG Polymers plant on the intervening night of May 6 and 7 affected Venkatapuram and five other villages.

According to police, while 12 people died on May 7 and 8, three more villagers succumbed on May 25 and afterwards. A total of 34 animals also died in the incident.

The HPC probe report had listed several lapses on the part of the LG Polymers management, which led to the styrene gas leakage.

According to the investigating official, the investigations disclosed that the incident at M6 styrene storage tank took place due to negligence of the accused who were also having knowledge that their acts are likely to cause death.