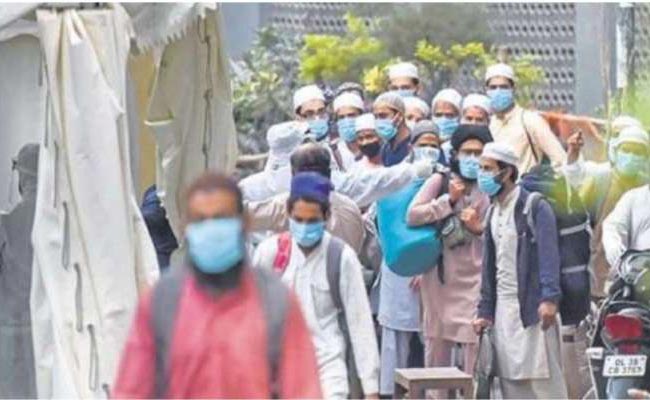 Ghaziabad: Uttar Pradesh government has decided to invoke the stringent National Security Act (NSA) against quarantined Tabligh Jamaat Members. The government has taken such decision after the quarantined members at the district hospital allegedly misbehaved with the nurses, making lewd remarks and dropping their pants.

They were later shifted to a temporary isolation ward at a private educational institute.

The Jamaat members were among the thousands who attended a religious congregation at organisation’s New Delhi headquarter, now being seen as a coronavirus hotspot.

Some of them are in Ghaziabad at an isolation ward of the MMG District Hospital.

In a sharp reaction, Uttar Pradesh Chief Minister Yogi Adityanath called those involved in the hospital incident enemies of humanity .

They will neither accept the law nor follow arrangements. Whatever they did with women health workers is a heinous crime. The NSA is being invoked against them. We will not let them go scot-free,” he said in a statement in Lucknow.

Police said the Jamaat members have been booked for indulging in ugly acts and passing lewd remarks against the women staff members at the hospital.

A case was registered against them at the GT Road Kotwali on receiving a complaint from the chief medical officer.

SSP Kalanidhi Naithani said stringent action will be initiated against them. In the complaint, a nurse has alleged that the coronavirus suspects were roaming in the hospital without trousers.

They sang vulgar songs and made ugly gestures, the nurse alleged, adding that they were not taking their medicines.

They were also not following social distancing norms, she said in the complaint.

Police have registered the case under Sections 269, 270, 271, 294 and 354 of the IPC, the SSP said. The sections relate to sexual harassment and acts relating to the spread of disease.

Delhi Police on Tuesday had registered an FIR against the management of Tablighi Jamaat Markaz headquartered in south Delhi’s Nizamuddin area. The FIR was registered against TJ for violating the Epidemic Act provisions and also IPC Section 120B (criminal conspiracy) while the case were handed over to the Crime Branch for probe.

Devout Muslims from across the country and also from foreign countries visit the Tabligh Jamaat Headquarter (Markaz) which is located in Nizamuddin, Delhi. The devout Muslims also move out in groups to different parts of the country for Tabligh activities which continues throughout the year.