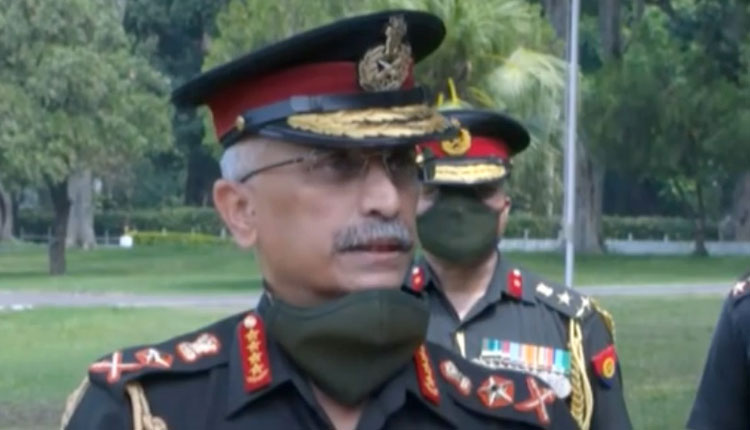 Dehradun: Army chief General M M Naravane on Saturday said everything was under control on the country’s borders with China and expressed hope that the ongoing dialogue will settle all the perceived differences between the two countries.

“I would like to assure everyone that the entire situation along our borders with China is under control. We are having a series of talks which started with Corps Commander level talks which was followed up with meetings at the local level between commanders of equivalent ranks,” Naravane told reporters on the sidelines of the Indian Military Academy’s Passing Out Parade here.

He said the ongoing dialogue will sort out all the perceived differences between the two countries.

“As a result a lot of disengagement has taken place and we are hopeful that through the continued dialogue that we are having, all perceived differences that we (India and China) have will be set to rest,” the Army chief said.

He said both sides have begun to disengage in a phased manner and the process has started from the north.

“Both sides are disengaging in a phased manner. We have started from the north, from the area of the Galwan river where a lot of disengagement has taken place. It has been a very fruitful dialogue that we have had. And as I said it will go on and the situation will improve as we go on,” he said.

Replying to a question on Nepal, which has revised its map showing Lipulekh as Nepalese territory, he said India has always had strong ties with Nepal and they will remain strong in future.

“We have a very strong relationship with Nepal. We have geographical, cultural, historical, religious linkages. We have very strong people-to-people connect. Our relation with them has always been strong and will remain strong in the future,” added the Army chief.