Reception At Rashtrapati Bhavan: Muted But Special ‘At Home’ This Time

New Delhi: This year’s ‘At Home’ reception at Rashtrapati Bhavan was a relatively muted affair given the trimmed guest list. However, all the power centres of Lutyens Delhi were present. Also present was a select group of corona warriors who are fighting the pandemic from the frontline. 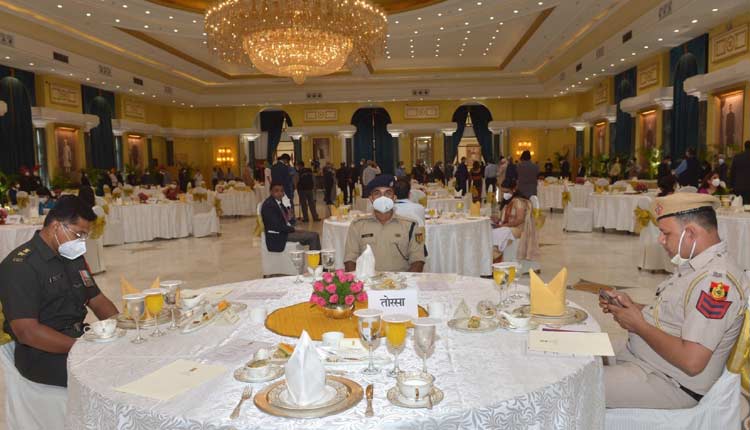 Keeping the raging pandemic in mind, only select cabinet ministers, dignitaries from the judiciary, bureaucrats, diplomats and handpicked media personnel numbering less than 100 were invited to this year’s ‘At Home’ reception. To put things in perspective, the guest list runs beyond 1,200 in normal times.

The VIPs visiting Rashtrapati Bhavan were not allowed to bring their spouses, and the buffet system was missing from the event in view of the Covid-19 pandemic. 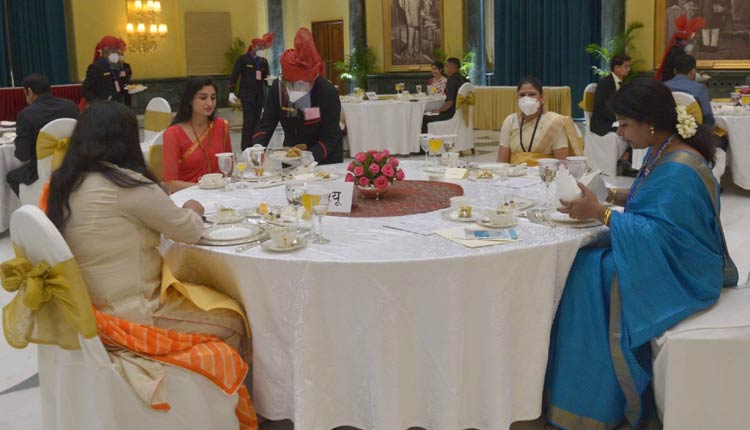 Earlier speaking to IANS, a source informed that the freedom fighters won’t be there at the ceremony this time and free interaction with VIPs won’t be allowed. The event had an arrangement this time for four people at a table in view of the safety of the VIPs gathered there.

For everyone, from the President and the Prime Minister down to the help, wearing a mask was compulsory. President Kovind wore a white mask while FM Sitharaman wore a blue one. Gen Rawat had on an olive green mask.

However, in spite of the strict regulation of the guest list, this time there was a refreshing addition of around 25 Corona Warriors — doctors, head constables, hospital housekeeping staff — who were specially invited to the ceremony.