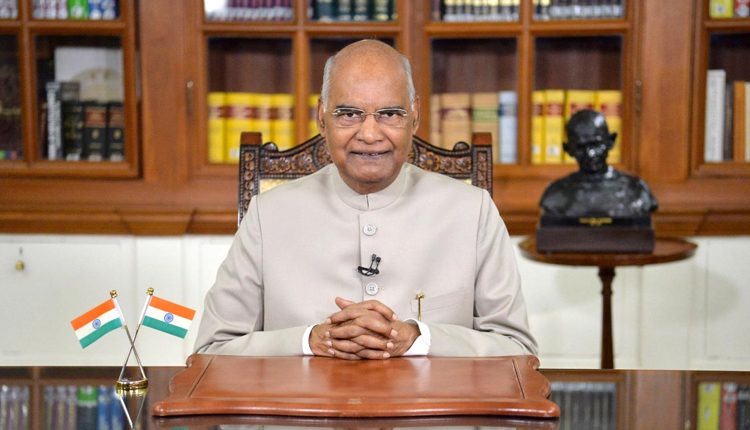 New Delhi: “We have learnt some tough lessons in the year 2020,” said President Ram Nath Kovind in his address to the nation on the eve of Independence day listing 4 of them that the year has taught.

He said that “the invisible virus” has demolished the illusion that human beings are the masters of nature.

“I believe, it is still not too late for humanity to correct its course and live in harmony with nature. The pandemic, like climate change, has awakened the global community to our shared destiny.” He added that the twenty-first century should be remembered as the century when humanity put aside differences and collaborated to save the planet.

The second lesson he said was perceived inequality. “Coronavirus does not recognise any artificial divisions created by human society. This reinforces the belief that we need to rise above all man-made differences, prejudices, and barriers.” He suggested compassion and mutual help as an answer to that.

The fourth lesson the President said relates to science and technology. The pandemic, he said, has highlighted the need to accelerate developments in this area. “During the lockdown and subsequent unlocking, information and communication technology have emerged as an effective tool for governance, education, business, office work and social connect. It has helped meet the twin objectives of saving lives and resumption of activities,” the President said.

He cited how the Central government, state government offices and even the judiciary have been relying on virtual tools to communicate. “Work-from-home has become the norm in many sectors. Technology has enabled certain establishments in government and private sectors to work overtime to keep the wheels of the economy running,” the President said during his address to the nation.

The President said that these lessons will prove useful for humanity. He further said that the younger generation has learnt the lessons well, and he believes that the future of India is safe in their hands.

Gunjan Saxena: Lucky To Have Support From IAF