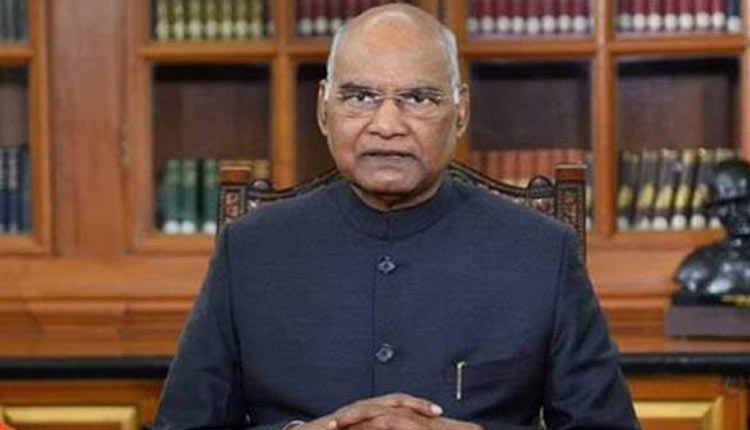 New Delhi: Unlike previous years, President Ram Nath Kovind did not host the ‘At Home’ reception to honour freedom fighters on the 78th anniversary of ‘Quit India’ Day on Sunday due to the ongoing Covid-19 pandemic.

Every year, the President hosts the ‘At Home’ reception at Rashtrapati Bhavan on the anniversary of the Quit India Movement on August 9.

The Rashtrapati Bhavan provided the angvastram and shawls to the state and UTs governments through their Resident Commissioners.

Earlier in the day, the President penned down a few words on the occasion.

On the 78th anniversary of #QuitIndiaMovement, we gratefully remember millions of our freedom fighters who sacrificed their all for our Independence. Their courage and patriotism continue to inspire us to work for a prosperous and ever stronger India. #SalutingFreedomFighters