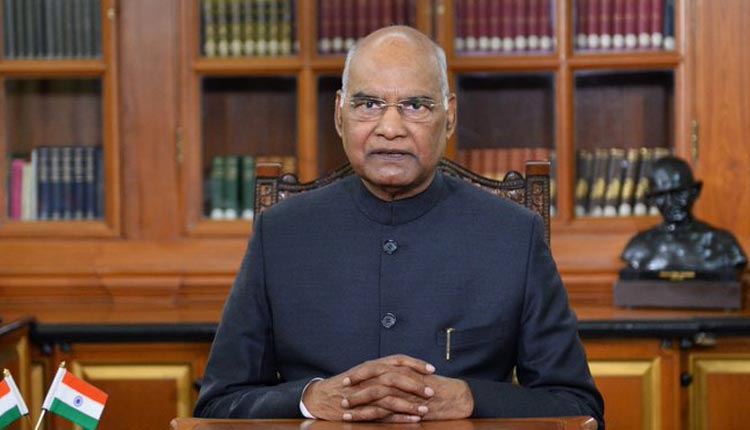 New Delhi: President Ram Nath Kovind in his message on the eve of Raksha Bandhan on Sunday urged people to pledge to stand for the honour and dignity of women so that they can contribute their best for the nation and the society.

“On the auspicious occasion of Raksha Bandhan, I extend my warm greetings and good wishes to all my fellow citizens,” the President said in his message.

He said that Rakhi is the sacred thread of love, affection and trust that sisters tie on the wrists of their brothers, and that the unique festival strengthens our will to protect the interests of women and work for their well-being.

“On this day, let us all take a pledge to stand for the honour and dignity of women so that they can contribute their best for the nation and society,” the President said.

Raksha Bandhan is an auspicious day that celebrates the unbreakable bond between a brother and a sister. The true meaning of the festival resonates from its literal translation that reads ‘safety’ and ‘bond’.

This sacred festival is observed on the last day of Hindu lunar calendar month of ‘Shraavan’, which typically falls in August. This year, it will be celebrated on August 3 (Monday).

UP Village Where Sisters Believe Raksha Bandhan As ‘Evil’