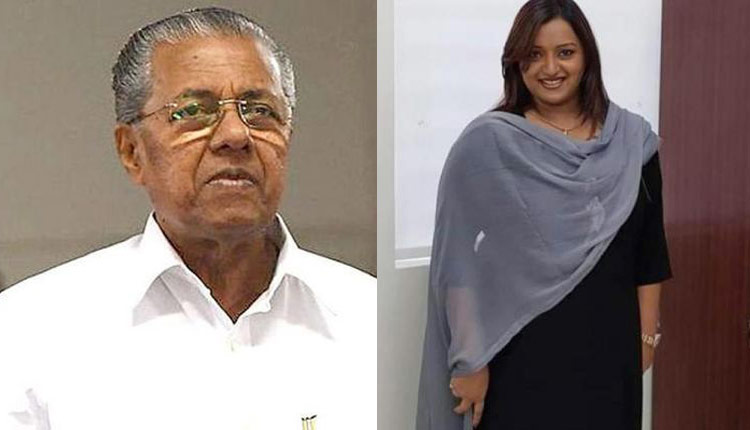 Thiruvananthapuram: The Kerala gold smuggling case, which has rocked the Pinarayi Vijayan government, took a new turn on Friday with the National Investigation Agency (NIA) registering an FIR against four persons, including prime suspect Swapna Suresh, the high-profile woman who rubbed shoulders with the high and mighty in the state and was close to Vijayan’s now ousted secretary and senior IAS officer M. Sivasankar.

On Friday, the NIA submitted its chargesheet against the accused in the Kerala High Court, following the anticipatory bail plea filed by Swapna.

After the NIA strongly opposed to it, the court didn’t accept her plea and posted the matter for Tuesday and directed that a copy of the chargesheet be given to her.

In a statement issued by the NIA, it said an FIR has been registered in the Kerala gold smuggling case under Sections 16, 17 and 18 of the Unlawful Activities (Prevention) Act, 1967, against four accused persons — P.S. Sarith, Swapna Prabha Suresh, Fazil Fareed and Sandeep Nair — in connection with the seizure of 30 kg of 24 carat gold worth Rs 14.82 crore at the Trivandrum International Airport on July 5 by the Customs (Preventive) Commissionerate, Cochin.

It further pointed out that the aforesaid consignment was found camouflaged in a diplomatic baggage from the UAE that is exempted from inspection as per the Vienna Convention.

The said consignment was to be received by Sarith, who had worked in the UAE Consulate earlier as a Public Relations Officer.

Initial investigation by the Customs department has revealed that Sarith had received multiple such consignments earlier also.

“As the case pertains to smuggling of large quantity of gold into India from offshore locations, threatening the economic stability and national security of the country, it amounts to a terrorist act as stated in Section 15 of the Unlawful Activities (Prevention) Act, 1967.

“Further, as the case has national and international linkages and as initial enquiries have revealed that the proceeds of smuggled gold could be used for financing of terrorism in India, the NIA has taken up the investigation of the case,” the NIA said.

Sarith and Swapna were former colleagues at the UAE Consulate office and later, Swapna joined a high-profile job attached to the IT department, where Sivasankar was the Secretary.

The NIA is also expected to look if any secret file has lost its secrecy.

Meanwhile, reports have surfaced that Swapna’s graduate certificate is forged and according to her own brother is not aware if she had even passed Class X.

The case has heated up the political canvas in Kerala and senior Congress leaders from the state on Friday urged Prime Minister Narendra Modi to order a NIA-CBI-RAW probe into the gold smuggling case.

The party has already demanded that Vijayan should resign and held protests across the state despite the Covid-19 protocols in place.

It is to be seen now if a statement from the top official of the UAE Consulate here would be taken by the probe agency.

Meanwhile, continuing their protests for the second day, demanding the resignation of Pinarayi Vijayan in the gold smuggling case, youth outfits of the Congress and BJP on Saturday held state-wide agitations, which turned violent at a few places.

The Chief Minister, reacting to it, said organising such protests violating COVID-19 protocol will not be allowed.

The government is not questioning anyone’s right to protest, he said.

The opposition parties are targeting the Chief Minister after it emerged that Swapna Suresh had been employed on contract by the IT department, a portfolio held by Vijayan.

Later, NIA took Swapna Suresh along with her family members into judicial custody in Bengaluru.

#KeralaGoldScandal case: Swapna Suresh, the key suspect, along with her family members, taken in custody by NIA (National Investigation Agency) in Bengaluru. Swapna Suresh will be produced in NIA office in Kochi tomorrow (ANI)