India Has Military Edge Over China: US Think Tanks 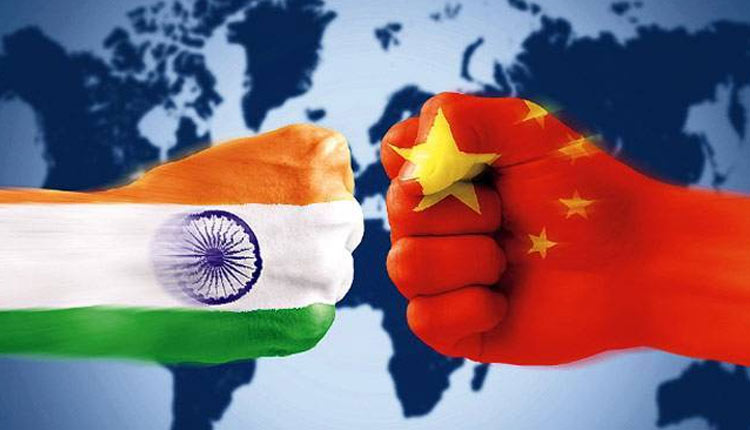 New Delhi: Does China have military edge over India? No, its a misconception say reports. India has come a long way since 1962. If China says dont forget the history, we also say the same to them.

While de-escalation talks are on, some experts are working overtime to prove that in case of war, China’s military power is far superior to that of India. They claim that the People’s Liberation army (PLA) has a decisive edge over the Indian army because of its numerical strength, infrastructure in the Tibet Autonomous Region (TAR) abutting the Line Of Actual Control (LAC) as well as weaponry.

Chinese media too has been mocking India on its perceived inferiority in weapons and logistics.

But does the ‘conventional wisdom’ of China’s superior military strength hold water? Recent studies done by Belfer Centre at the Harvard and the Centre For A New American Security (CNAS) have a different picture to share. These researches suggest that India has an edge over China in high altitude mountainous warfare.

India and China fought the war in 1962, which India lost. But that was 58 years ago and much has changed since then. The report says: “We assess that India has key under-appreciated conventional advantages that reduce its vulnerability to Chinese threats and attacks. India appears to have cause for greater confidence in its military position against China than is typically acknowledged in Indian debates, providing the country an opportunity for leadership in international efforts toward nuclear transparency and restraint.”

No one expects full scale war between the two countries and absolutely no chance of nuclear war. Nevertheless, experts always compare the nuclear strength of the two. According to the Belfer report, China’s nuclear weapons comprising land and sea-based ballistic missiles and aircraft can be used as nuclear bombers. As an estimate, China has 104 missiles which could strike all over India. As far as India is concerned, bulk of its missile forces are located near Pakistan than China.

According to the report, “around ten Agni-III launchers can reach the entire Chinese mainland. Another eight Agni-II launchers could reach central Chinese targets. An estimated two squadrons of Jaguar IS and one squadron of Mirage 2000H fighters, totaling around 51 aircraft, can be tasked with nuclear missions. These aircraft could most likely reach Tibetan airspace equipped with nuclear gravity bombs. However, it is near certain that they would be identified and tracked by air defences before proceeding deeper into China from Tibet. The potential early surprise achievable in Tibet-centric missions would no longer be possible for missions elsewhere in China, as Chinese air defences would be alerted in the additional time necessary for Indian aircraft to transit Tibet.”

The Belfer Report estimates that India’s total strike force would be around 2,25,000, deployed against China in Northern, Central and Eastern commands. While China may have the numeric superiority, the reports highlights several factors which give India an edge over China. Since 1965, India has been fighting many ‘proxy conflicts’ with Pakistan. India fought the decisive battle of Kargil against Pakistan in 1999.

Also, “western troops participating in war games and exercises regularly have expressed a grudging admiration for their Indian counterparts’ tactical creativity and high degree of adaptability,” says the report.

The PLA’s last conflict, however, has been the 1979 Vietnam War, where it faced stiff losses from hardened Vietnamese, battle-ready after the US war. CNAS estimates that, in sheer numbers, Indian ground forces outmatch the Chinese-considering the proximity to the LAC, and also with regard to forward-deployed air assets. “India maintains a large number of military and paramilitary troops along the various plateaus, mountain passes, and valleys that provide the most obvious potential points of trans-Himalayan ingress, China-in accordance with its doctrine on frontier defence-stations the bulk of its conventional forces in its interior, to be surged forward in the event of conflict.”

India has developed many bases in the region with China in mind, according to an October 2019 report from the Center for a New American Security. “To weather a potential PLA attack, India has placed greater emphasis on infrastructure hardening; base resiliency; redundant command, control, and communications systems; and improved air defence,” the report claims.

The report also says that the Indian acquisitions of Apache and Chinook rotary-wing assets, along with military transport aircraft such as the C-130 and the C-17 Globemaster, provide critical rapid firepower support to isolated Indian troops. “China hosts a total of around 101 4th-generation fighters in the theater, of which a proportion must be retained for Russian defence, while India has around 122 of its comparable models, solely directed at China.”

In a possible India-China war, China could be largely on its own, whereas New Delhi, has been developing defence ties with countries wary of Beijing as a rising military power. India has grown closer to the US military in recent years, with Washington calling India a “major defence partner” while increasing bi-and multilateral training.

China’s main worry has been India’s growing relationship the US. According to the report, the real counter to China in South Asia is India. “In South Asia, unlike Southeast, East, or Central Asia, there is a natural hegemon: India. China cannot cast it aside easily,”

India has traditionally viewed China as an equal, rather than a superior, and has been wary of Beijing’s aims and suspicious of China’s advances into its periphery. The two studies point out that India has key “under-appreciated conventional advantages that reduce its vulnerability to Chinese threats and attacks” that is not properly recognised.

Want To Do Everything Possible To Keep Peace For People Of India, China: Donald Trump

Fat To Fit: Commissionerate Police Asks Cops To Shape Up Or Face Music