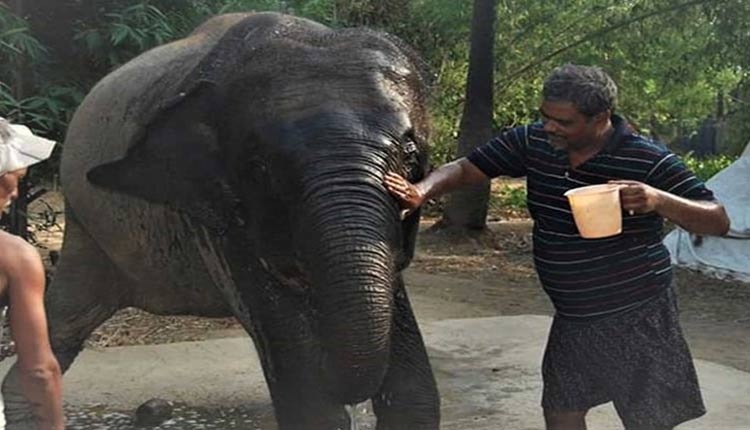 Patna: Amid the death of an elephant in Kerala in extremely tragic circumstances, this episode comes as heart-warming. An animal lover in Bihar has bequeathed his entire wealth to two elephants. He says one of them had saved his life from a criminal.

Mohammad Akhtar (50) from Janipur in Phulwari Sharif near Patna has two elephants aged 20 and 15 years. Moti and Rani live with him.

Akhtar says elephants came to him as family heritage, and that Moti and Rani are the “children” of those elephants. “I have lived with them since my childhood. The two are my family members,” he said, adding there are people who would like him to take care of the animal brought by them.

Akhtar is also chief of the Asian Elephant Rehabilitation and Wildlife Animal Trust (AERAWAT), an NGO. “I gave my 6.25-acre land to the two elephants to ensure that when I am not alive, the animals do not suffer hunger,” Akhtar told IANS.

He also revealed how Moti saved his life. “Moti had gone along with a mahout to Bhojpur district’s Shahpur area, where he fell ill. I had to rush there to treat him. One day, while I was asleep there, I was woken up by Moti’s roar. I saw one man pointing his gun just outside the window. I ran away to save my life,” recalls Akhtar.

He alleged that some of his own family members had joined hands with animal smugglers and were trying to sell the elephant by killing him.

The elephant lover also trains mahouts. He says if the government does not intervene to protect the elephant, “the time is not far when we would see the elephant only in books”. He says the elephants are headed for villages in search of food.