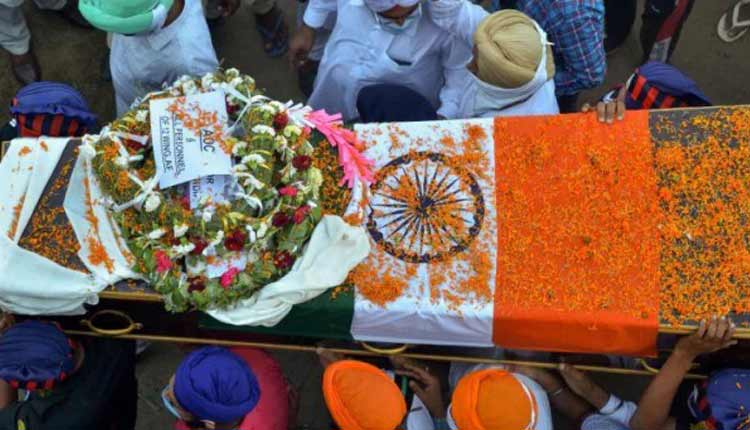 New Delhi: You have heard of auto-debit for your credit card bills, electricity bills and even TV recharges. But have you heard of auto-debit for the purpose of financial help? If the Vishwa Hindu Parishad has its way, the government may implement a mechanism through which Rs 1.25 will be auto-debited from every bank account holder each time an Indian soldier gets killed in action, after a one time consent by the account holder.

The VHP has already held a virtual poll floating the idea. After 95% of respondents backed the idea, the VHP wrote to Prime Minister Narendra Modi advocating the same.

“Sir, there are crores of bank accounts in the country. I suggest, every time a soldier gets martyred, Rs 1.25 can be auto-debited from all bank accounts upon one time permanent grant of permission and the said amount can be directly transferred to the bank account of the deceased soldier. Thus, every Indian can pay tributes to the martyr. Not only this will help Indians to pay their debt to the deceased’s family but also can play a part in solving the family’s financial constraints,” wrote the VHP’s national spokesperson Vinod Bansal.

Bansal, in his letter dated June 20, advocated that relevant directives be issued to all concerned banks and the Reserve Bank of India. This suggestion comes in the wake of 20 brave Indian soldiers being martyred in a fierce clash with China‘s Peoples Liberation Army on the intervening night of Monday and Tuesday in Ladakh’s Galwan Valley. The Prime Minister hailed the bravery of the martyred soldiers saying “marte marte mare hai (They died while killing opponents)”.

While the Commanding Officer of 16 Bihar Regiment, Colonel Bikumalla Santosh Babu, along with two jawans were martyred on the night of June 15 itself, 17 others succumbed to their injuries later.

The timing of Bansal’s suggestion is significant given not only that the 20 families are battling an emotional trauma but staring at financial hardship. For instance, one martyr, 22-year-old Sepoy Gurbinder Singh was about to get married. He is survived by his parents, two brothers and a sister. He was the youngest among the siblings. Similarly, another martyr from Bengal Rajesh Orang was a farmer’s son. Orang has left behind ailing parents and two sisters. He was the sole earning member of the family. His elder sister is married while the younger one is studying in college.

Bansal says, “Governments do their bit. But the economic hardship for these brave families is a reality. Even if a section of India’s 130 crore population gives consent to the auto-debit idea, and trust me, many will, it will go a long way in addressing their concerns”.

With the BJP government big on direct benefit transfer and championing nationalism, the VHP hopes its suggestion will be given due consideration by the Prime Minister’s Office.