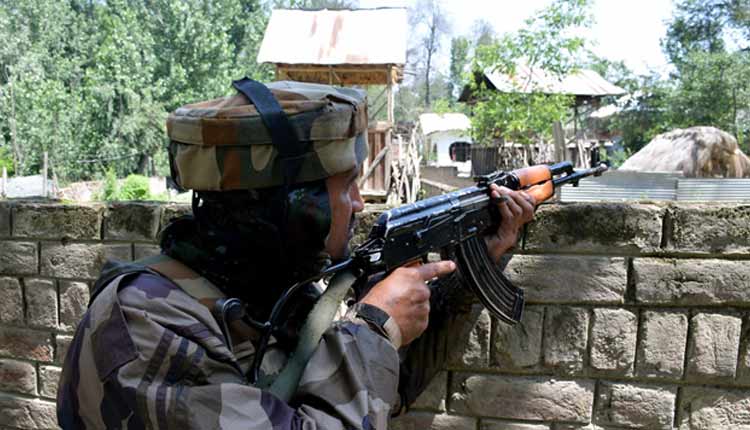 Srinagar: Two militants and a central reserve police force (CRPF) trooper were killed on Tuesday in a gunfight in J&K’s Pulwama district.

Police said two militants and a CRPF jawan were killed early Tuesday in an encounter between the security forces and the militants in Bandzoo village of Pulwama district.

Bandzoo village is situated one kilometre ahead of Pulwama town on Pulwama-Shopian road.

“Following specific information about the presence of militants in Bandzoo village, security forces including the local police, Rashtriya Rifles and the CRPF started a cordon and search operation during which an encounter started.

“Two militants have been killed in this encounter. A CRPF jawan sustained critical injuries during the encounter.

“He later succumbed to critical injuries. Firing has stopped, but searches are still going on,” police said.

Earlier, the militants had hurled a grenade at a Central Reserve Police Force camp in Jammu and Kashmir’s Pulwama district on Monday night, but there was no casualty, officials said.

The grenade exploded near the camp, they said.

“Militants hurled a grenade at the CRPF camp at Batagund in Tral area at around 8.30 pm,” police officials said.

The CRPF personnel fired a few rounds in the air following the blast. No loss of life or injury to anyone was reported in the incident, they said.