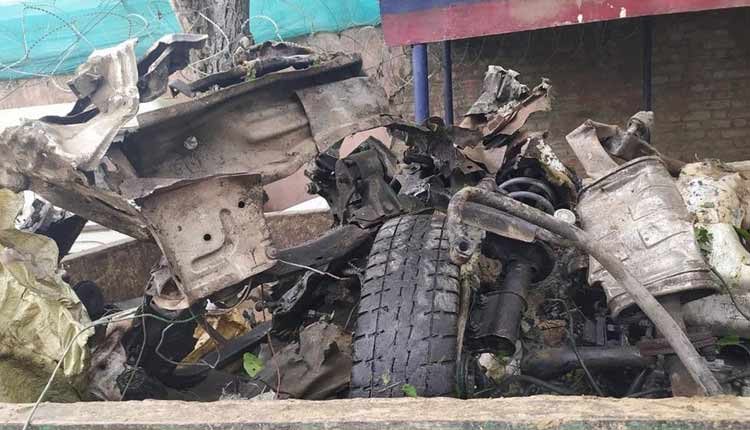 Srinagar: A major terror plot was averted in Jammu and Kashmir after the security forces recovered a car laden with an Improvised Explosive Device (IED) in South Kashmir’s Pulwama district. The explosive laden car was said to be placed at a strategic location to target a security forces convoy or a defence installation.

The Jammu and Kashmir Police tweeted: “A major incident of a vehicle borne IED blast is averted by the timely input and action by Pulwama Police, CRPF and the Army.”

A major incident of a vehicle borne #IED blast is averted by the timely input and action by #Pulwama Police, CRPF and Army. IGP Kashmir @JmuKmrPolice

As per the reports, late on Wednesday night, a car was intercepted by the security forces from Rajpora in south Kashmir’s Pulwama district. The police had a specific input about a lone car, which was tracked to Shaadipura, (Rajpura road) in Pulwama.

However, the driver, who is said to be a Hizbul Mujahideen militant, managed to escape after initial firefight in the cover of darkness.

#Pulwama Spot video where the Militants kept their vehicle and today morning forces Destroyed both IED and Vehicle. pic.twitter.com/s5QoxhmCjA

Investigation so far have revealed that the white colour Santro car had a number plate of a two-wheeler, which was registered in the name of a resident of Jammu’s Kathua.

In February 2019, 40 CRPF soldiers were killed in a similar IED laden car driven by a, Adil Ahmed Dar, a Jaish terrorist. Later in April last year, a similar failed attempt of exploding IED happened in Banihal in which Hizbul terror module was said to be involved. Both cases of terror conspiracy are being investigated by NIA.