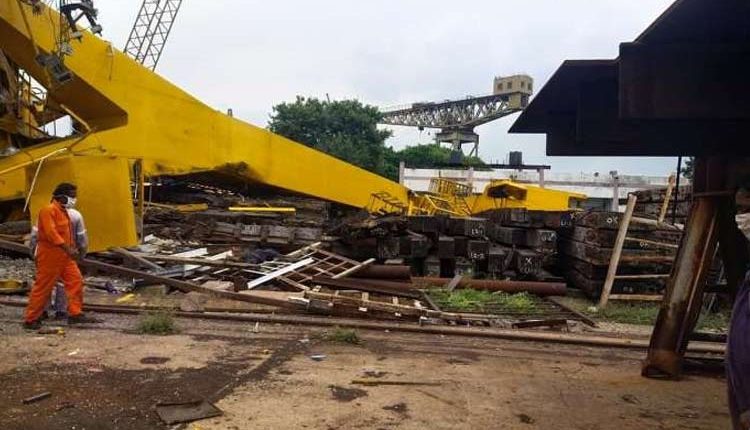 Visakhapatnam: At least 10 persons were reported killed and several others injured when a jetty crane collapsed on Saturday at the Hindustan Shipyard Limited premises.

According to eyewitness accounts, the mishap occurred between 11.30 am and 12 noon when officials were testing the crane. At least 20 persons were working on the spot when the crane broke and fell on its side, crushing many workers.

Of the 10 casualties reported so far, four persons are said to be regular employees, while the remaining six are contract staff.

District authorities rushed to the spot and took stock of the situation.

District Collector V Vinay Chand said: “The 70-tonne capacity jetty crane was procured and commissioned two years ago and its full-fledged trials were initiated this morning. During the trials, officials were testing the dead-weight capacity of the crane when its cabin portion on the top and its base portion separated and the crane collapsed.”

Saturday’s incident is the third major mishap in the port city since May this year, when a gas leak in LG Polymers had led to 12 deaths.

The Kapil Sharma Show : Are These Glimpses Of 15 Aug. Celebration? Watch

New Education Policy 2020: Students To Get Chance To Take Exams Twice A Year