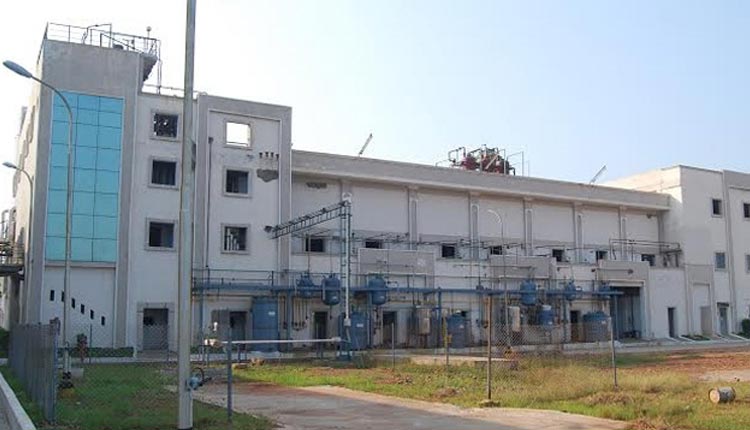 Visakhapatnam: Two persons died and four others took ill in a gas leak at a pharmaceutical unit in Visakhapatnam on Monday night, the second industrial disaster to strike the port city in less than two months.

The incident occurred at Sainor Life Sciences Private Limited, a pharma company located at Jawaharlal Nehru Pharma City in Parwada on the city outskirts around 11.30 p.m. on Monday. However, it came to light only in the early hours of Tuesday.

Revenue Divisional Officer P. Kishore told reporters at the scene that Hydrogen Sulfide (H2S) leaked while it was being pumped from one reactor to the other.

Initially, the leaked gas was suspected to be benzimidazole.

Six people working there inhaled the gas. While two persons died, four others were shifted to a hospital, where the condition of one of them is stated to be critical.

The deceased were identified as shift in charge R. Narendra, 33, and chemist M. Gowri Shankar, 26.

The condition of L.V. Chandrashekhar, a helper, was critical. He was kept on a ventilator. The other affected persons were out of danger and they were identified as P. Ananad Babu, a helper, and D. Janaki Rao and M. Surya Narayana, both chemists.

Visakhapatnam Superintendent of Police R. K. Meena and District Collector Vinay Chand visited the plant. The collector has ordered an inquiry into the incident.

Chief Minister Y.S. Jagan Mohan Reddy enquired about the incident. As a precautionary measure, the factory has been closed.

“The officials informed the Chief Minister that leakage was confined to the reactor unit only and there was no need for any panic as the situation is under control,” reads a statement from the chief minister’s office.

Meena told reporters that a First Information Report (FIR) would be registered into the incident and an inquiry would be conducted. “The gas leakage was arrested immediately. There is no threat to other units in Pharma City or to nearby habitation,” the RDO said.

Pendurthi MLA Annamreddy Adeep Raj said the negligence by the company management led to the gas leak. He said necessary precautions were not taken while pumping the gas and this led to the tragedy.

This is the second incident at the company in five years. Two workers including a pharmacist were killed and five injured in a reactor blast at active pharmaceutical ingredients manufacturing plant of Sainor Life Sciences in September 2015.

Monday’s gas leak incident comes close on the heels of May 7 disaster at LG Polymers plant at Venkatapuram on the outskirts of Visakhapatnam. Styrene gas leak from the plan had claimed the lives of 12 people and affected around 500 in the surrounding villages.

Offline Sale Of Liquor In Odisha From Tomorrow, Home Delivery To Continue