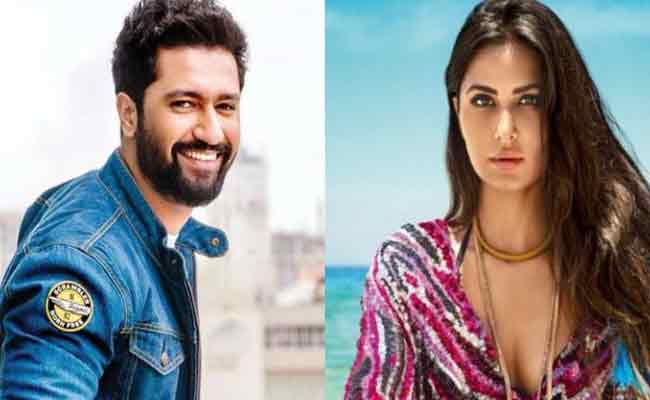 The rumors about Vicky Kaushal and Katrina Kaif triggered off last year when the two celebrities were spotted together a couple of times at parties or while visiting each other. The “Uri” actor already had accepted his inclination towards Katrina Kaif as one of the most charming actresses of Bollywood in recent times on the “Koffee With Karan.” So when the “Chikani Chameli” herself admitted that she found Vicky as one of the best talents around and expressed her desire to work with him things sort of heated up.

Who Visited Katrina During Lockdown?

Katrina and Vicky also were spotted leaving together from a birthday party sharing the same vehicle a few months ago. But amidst lockdown triggered by the COVID19 spread social distancing has forced everyone to stay away from each other. While stars like Disha Patani and Tiger Shroff and Arjun Kapoor and Malaika Arora who have made their relationship official are currently sharing the same roof, rumored couples like Vicky and Katrina who are yet to confirm the status are sadly locked singly in their respective homes.

After breakup from Ranbir Kapoor, Katrina Kaif was shortly linked with Hrithik Roshan but the fling did not last long. However, people believe that the actress is serious about Vicky but do not want to be seen with him in the public as of yet as her past experiences have been quite bitter. She even neglected the presence of the “Raazi” actor in one of the events held last year in front of the paparazzi. Many believe that Salman Khan can be the reason why the “Bharat” actress is being so cautious.

So when a few days ago a man was seen leaving the flats of Katrina Kaif in the night everyone assumed that it was Vicky Kaushal who has been visiting his lady love in the darkness. Since Salman is currently at his Panvel farmhouse, there is no chance that he was the person visiting Katrina. But when Vicky Kaushal clarified that he was not the one visiting amid lockdown, fans began to speculate about the third person.

So @vickykaushal09 clarified it was not him who went to meet #KatrinaKaif ''s residence in #Bandra.. Then who was that guy?? #SalmanKhan is right now at his Panvel Farmhouse… Kaun tha woh ladka??

After her breakup with Ranbir, Katrina had said that she would never like to get involved with a Bollywood film star again and will rather date someone outside the industry. Now fans are wondering whether Katrina has been dating a man outside the Indian film industry and is close enough to risk a date with him amid lockdown.

Bomb Attack On Residence Of OTV Correspondent In Konark

Self reliance most important lesson from COVID-19: PM Modi to sarpanchs