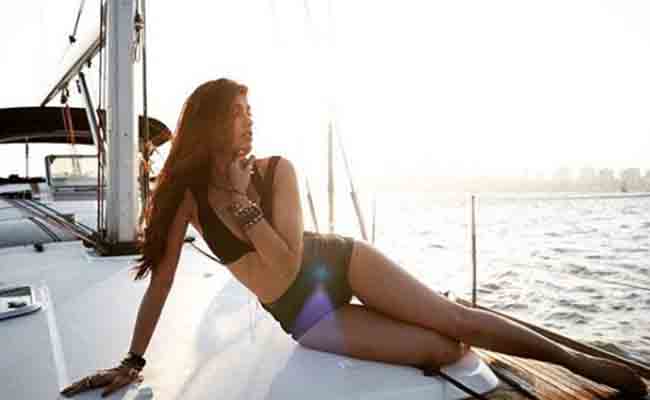 Ileana D’Cruz is quite popular on social media. And one of the reasons for her popularity is her hot bikini pictures and photoshoots. The actress has been sharing some of the hottest pictures of herself from vacations and beaches around the world giving a glorious view of her sultry personality. But career-wise, she has not been able to establish herself in Bollywood after entering into the film world with “Barfi” alongside Ranbir Kapoor and Priyanka Chopra.

Throwback to wearing flowers in my super short hair, having perennially bare feet, and no pants ? #islandgirl #beachbum #nopantsarethebestpants

Although the movie did not do well, Ileana’s performance was noticed and she got a few movies like Main Tera Hero with Varun Dhawan, Raid, and Baadshaho with Ajey Devgn, Phata Poster Nikla Hero with Shahid Kapoor and Rustom with Akshay Kumar. Most of these flicks were hero-oriented and their success did not help in giving Ileana’s career a boost.

Her only film to release last year was “Pagalpanti” which was a multi-star cast movie. But the film did not do well at the box-office and it affected the career of Ileana hugely. Although she has now been roped for “The Big Bull” opposite Abhishek Bachchan, the movies’ success is bound to offer more boast to the junior Bachchan’s career.

The actress is currently going through a tough phase in her life both professionally and personally. Last year she announced the breakup with her longtime boyfriend Andrew Kneebone and her film graph has continued to get steeper. That is the reason Ileana D’Cruz is now looking out for newer options. According to a source the sultry South Indian star is now keen on trying the OTT platform and will be next seen in a web series. Although nothing concrete has been decided as of yet, the reports say that Ileana has been roped by a leading production house from South to be a part of web series.

Many Bollywood stars like Jacqueline Fernandez and Kiara Advani have taken this route when their films did not do well at the box-office. Hopefully, Ileana will be able to achieve success through this platform soon.

25 Years of DDLJ: Farah Khan Shares Exclusive BTS From Sets of the Movie With Shah…