The Secret Of Allu Arjun: How Did The Pushpa Star Turn Into ‘The Stylish Star’ | In Pics 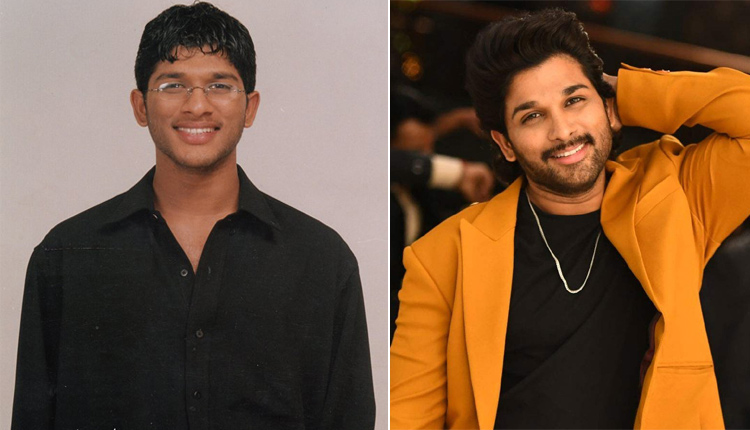 From Bunny to Arya, Allu Arjun made numerous memorable characters come alive on the big screen in his career spanning over 18 years. As South’s superstar Allu turns 38 today, his fans are leaving no stones unturned in making the day special for their stylish matinee idol. The Tollywood star isn’t the image of how the audience perceives a quintessential hero should look. No six-pack abs or pastel skin, when the actor debuted he was just like any other boy next door. Then how did Allu turn into this larger-than-life star who is also looked up to as a trendsetter across the nation?

Since his debut in Gangotri in 2003, the actor’s boyish charms and fun side were loved by the audience. His outfits were simple in his initial days, his extra dose of confidence and swag made him stand out among others.

While Allu Arjun didn’t face any major fails, he didn’t have a huge hit either until ‘Arya’. The film was the turning point in his career and with style statements like straightened hair or street style looks.

Eventually with his roles in ‘Bunny’, ‘Happy’, ‘Desamuduru’, and ‘Parugu’ his offbeat fashion and quirky personality earned him the title of the stylish star.

After 2005, he was already counted among the most popular names in the industry.  From action to romance, Bunny tried to bring in variation in his acting skills for the audience as well.

Despite the language barriers, Allu Arjun was one of the first actors of his generation who gained a massive fan following across the country.

The actor has set a niche for himself with his electrifying dance moves, unbeatable swag, and powerful screen presence which can give Bollywood a run for its money. As it turns out the only secret to him being the stylish star is not his wardrobe but the confidence in his self-set trends that makes the audience root for him.

Killer one #Pushpa 🔥 🔥 🔥
A very happy birthday @alluarjun brother ,, have a great one . @aryasukku good luck to the entire team of #Pushpa 🙌#HappyBirthdayAlluArjun pic.twitter.com/bf059lki8G