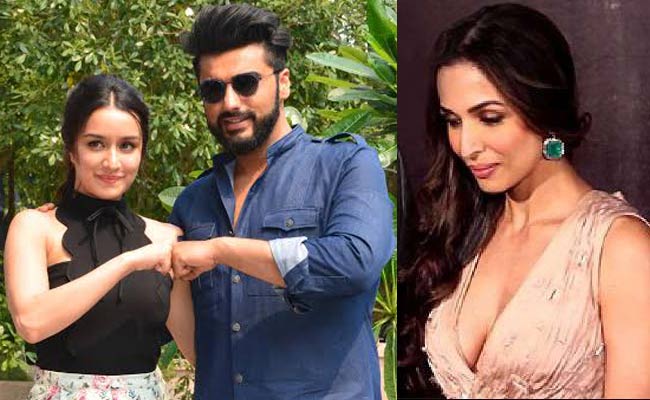 Shraddha Kapoor’s affairs were never much discussed except for her connection with Farhan Akhtar which ended in a bitter breakup. Over the years the Baaghi actress has been linked with many young men. Before joining movies she was rumoured to be dating the scion of Tribhovandas Bhimji Zaveri, Vanraj Zaveri. But later on, the actress decided to go to Boston University for studying and the two drifted apart.

She was also linked with Aditya Roy Kapur during the filming of Aashiqui 2 and the rumours continued for a couple of years. But the two stars never confessed their relationship. It was during the shooting of Rock On 2 that Farhan and Shraddha came together. Already the Dil Chahata Hai actor had separated from his wife Adhuna. According to rumours, Shraddha had even started living with Farhan which was not at all liked by Shakti Kapoor and he just forced her to return home.

Shraddha and Arjun knew each other as acquaintances since long as both of them belong to film fraternity. But it was during the shooting of Half Girlfriend that the two stars turned into good friends. It was the time Arjun had started nursing romantic feelings for Malaika Arora who was going through a rough patch with her husband Arbaaz Khan. Both Arjun and Malaika had come closer during the separation period of Malaika and Arbaaz.

#ArjunKapoor and #MalaikaArora were clicked at #LakmeFashionWeek2018 and this time together. #Arjun and #Malaika choose to sit together; ignore heavy paparazzi presence. Use #ArjunMalaikaBond and your answer will be featured on the #planetbollywood episode on Zoom TV at 7pm! pic.twitter.com/x92Sd5xTN1

Both the lovers waited for the divorce to become final and let some time pass on before going public with their affair. It is said that Salman Khan was against this affair and ever since then Arjun who was his prodigy earlier is not welcomed in the Khan clan. During the time Arjun was dating Malaika he was also promoting Half Girlfriend and formed a strong bond with Shraddha.

Ever since then whenever the two met during events or functions, they bonded very well and could not live each other’s sides. It was during the lockdown when Arjun went back to his house after staying a few days with Malaika that he started missing the company. According to rumours, the first person he called was none other than Shraddha Kapoor and since then has been calling her repeatedly.

Close sources to Shraddha has said that the actress is just being friendly with the Panipat actor but there can be more to it from Arjun’s side who is now wondering how a future with a woman more than a decade older than him will be like. Both Arjun and Malaika do not seem to have any inclination to marry nor have children. But at one point of time, Arjun may have to give it a thought and the lockdown has given the Gunday star time to introspect now that the first-time vibes of his romance with Malaika are waning.

Shraddha had some good laughing moments with Arjun
Which makes a good ArShra Pair
And discussing something with @mohit11481 pic.twitter.com/mPhXbPkm2d

Is There Any Reason Malaika Should Be Worried About This?

Malaika is not a big actress, but she is a celebrity who has graced ramp, endorsed products and danced on a few item numbers. Her association with Arbaaz and the fashion world is her claim to fame and she is followed more for her fitness videos and glamour. She is already 46-year-old and mother of a teenage son. Arjun, on the other hand, belongs to the film industry, is in his early thirties with a lot of scope for growth in his career and personal life. It was Malaika who benefitted the most when her affair with Arjun became public with the limelight it attracted. So if the actor is now taking interest in Shraddha, Malaika does have a cause to worry.

Shraddha Kapoor On Real-life Romance With Varun Dhawan; Here’s What She Says