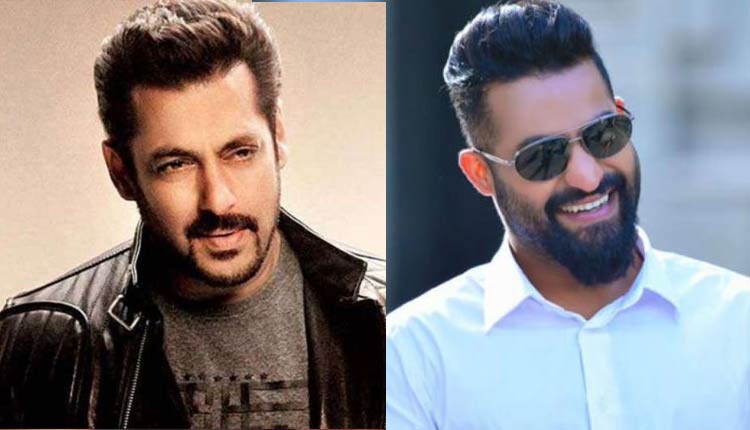 Bollywood and South Indian actors working together are nothing new. But in the past, it has been very rare. That is why when Kamal Hassan and Rishi Kapoor came together for Saagar or Rajnikant and Amitabh Bachchan collaborated for Andha Kanoon and Hum, these movies became special. Off late, it is getting quite common for the South Indian actors to work regularly with the Bollywood stars. Be it Dhanush and Sonam Kapoor in Ranjhanna, or Kiara Advani and Mahesh Babu in Bharat Ane Nenu, Bollywood and stars from Mollywood, Sandalwood, Kollywood, and Tollywood are now eager to work with each other.

And when two superstars representing different regional movies come together it becomes quite a sensation. That is what happened when during a live chat session Salman Khan was asked to express his opinion on Junior NTR. Although the Dabangg actor was not present on the show his recorded opinion on the South Indian superstar was enough to indicate the immense respect Salman has for this Telugu superstar.

While appreciating the work of the Jai Luva Kusa actor, Salman Khan said that it was an honour to be on the same show with him. Bhaijaan said that Junior NTR is a brilliant actor and he loved the Telugu superstar’s performance in Aadi, Brindavannam, and Yamadonga. As a youngster, the Janatha Garage star was quite healthy and Salman appreciated that over the years he has lost around 40 pounds and emerged as a strong and good looking man.

@BeingSalmanKhan sir about #JrNTR@tarak9999
(“You are the best here in our country” ) !!@MeerraChopra Now don’t even dare to tell (I dnt kno him..)

Go & ask with your Bollywood Industry about #JrNTR They will tell you who he is!!!

The Bharat actor also praised the innocent look of NTR Junior and said that he is one of the best in the country with his awesome action scenes and dance moves. Salman seemed to be highly impressed with the Telugu star as he extended good wishes to him. The Bollywood superstar also said,” At times I feel I could be like you.”

Covid19 Recoveries Surge To 2594 In Odisha As 120 More Recuperate