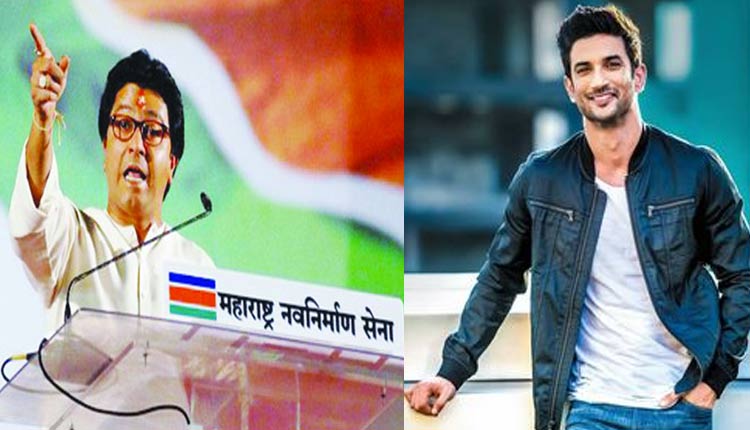 Mumbai is where all the decisions regarding Bollywood are taken. It is the place where all megastars from the Hindi film industry live and it is also a place of Shiv Sena and Raj Thackeray’s Maharashtra Navanirman Sena (MNS).

Similar to Shiv Sena, MNS also has a big following in Mumbai and some parts of Maharashtra. The shocking death of Sushant Singh Rajput is now being probed by Bandra police. But fans of the Kedarnath actor suspect something fishy and has been demanding a CBI inquiry as they believe high and mighty from Bollywood who have close nexus to Mumbai Police may try to curb the real facts. Several people are being probed in this matter most of whom belong to the film industry.

Abhijit Panase, a leader of MNS has now come out with the statement regarding the shocking suicide of Sushant Singh Rajput. Panase said that if someone tried to stop artists from working or getting good work in Bollywood, MNS will stop the release of such movies and will also stop the fans from watching them. He also made it clear that his party will tackle such issues in its ways.

Panase stated that the suicide of Sushant is very shocking. He further added that real artist loves the art more than money. But if he is stopped from doing what he loves the most then the artist is forced to take such a step. That is why forcing someone outside the industry to take revenge should be considered a crime. While the exact reasons for Sushant Singh Rajput’s suicide are yet to come out many theories are going around.

But nothing can be said as of now until the police department comes out with its statement.

CBSE To Complete Pending Board Exams Ahead Of Competitive Exams, To Inform SC Tomorrow