Will Kapil and Sunil take their fight to the next level in the form of their new shows - The Kapil Sharma Show and Gangs Of Filmistan ? 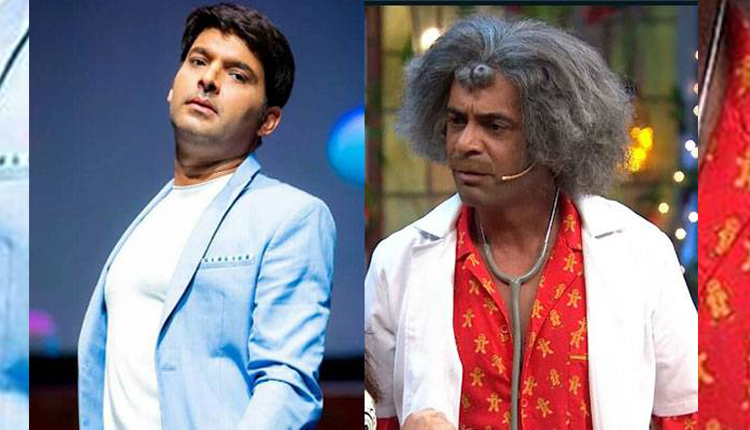 With the release of Sunil Grover’s new show, Gangs of Filmistan, the dream of fans to see Kapil Sharma and Sunil Grover sharing the stage once again has seems to have been shattered.

On the other hand, fans are speculating that Gangs of Filmistan may take their fight to another level. Within days of the show’s launch, Shilpa Shinde quit the show citing reasons that has taken the fans by shock.

The actress cited that the show is only made to take on The Kapil Sharma Show. She also stated that the show only focuses on Sunil Grover and neglects the other artists who are a part of the show.

The show’s format is also similar to that of the Kapil’s show, said Shilpa. Sunil has also robbed in actors who were earlier a part of Kapil’s show, she said.

Things between Sunil and Kapil had turned ugly when the two had the widely talked about public spat. Later, Salman Khan had to step in to resolve their fight.

Now, with the show, it is believed that the professional rivalry between the comedians is sure to ignite again.

However, on the personal front, it seems the duo has let go of their past and are being cordial to each other. Recently, Kapil took to Twitter to wish Grover on his birthday, to which the latter replied with love.

So, a ray of hope is still intact and fans believe that Kapil-Guthi reunion may become a reality in the coming days.

Down But Not Out: Sanjay Dutt Resumes Shooting. Returns To The Sets Of Shamshera

Power Couple Nayanthara And Vignesh Shivan To Tie The Knot In December?