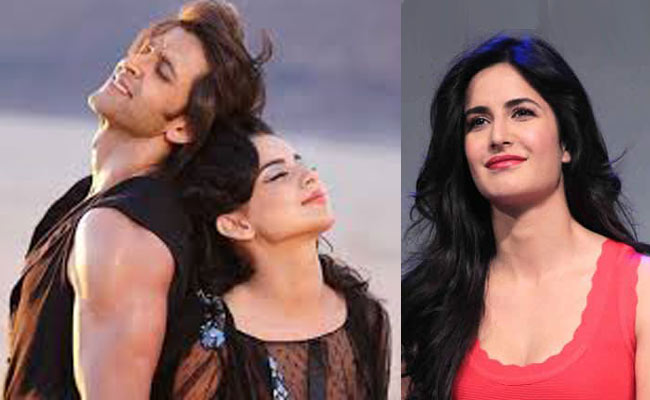 Hrithik Roshan and Kangana Ranaut fallout were one of the ugliest of the affairs Bollywood had ever seen. In the past famous leading pairs like Rekha -Amitabh Bachchan and Salman Khan-Aishwarya Rai affairs and breakups attracted a lot of attention. But when the Kangana and Hrithik affair became public mostly due to a slip up by the “Queen” actress, the “War” actor was offended so much that he even hired a lawyer to sue Kangana.

While all the time Kangana kept on producing evidence about her alleged affair with the superstar, Hrithik kept on denying everything and even his ex-wife Sussanne Khan supported him in these efforts. According to Kangana, the alleged couple came close during the shooting of the movie “Kite” which had foreign actress Barbara Mori in the lead. At that time Hrithik was married to Sussanne which was why he denied making his affair with Kangana public.

Also, Kangana was not a big actress then and was yet to find a foothold in B-town. Even then on Hrithik’s insistence Rakesh Roshan signed her yet again for “Krrish 3.” According to Kangana, Hrithik’s attitude changed after her movie “Queen” became a big hit and she overnight became a superstar. Hrithik at that time had separated from his wife and promised to marry Kangana.

It was a period between 2011 and 2014 when all these incidences occurred. Hrithik had already done the movie “Zindagi Na Milegi Dobara” with Katrina Kaif and liked working with her. At that time she was dating Ranbir Kapoor. But soon she broke up with Ranbir and during the shooting of “Bang Bang” Hrithik and Katrina became very close.

Salman Khan who was unhappy with Katrina’s affair with Ranbir also indirectly commented during one of his interviews on “Koffee With Karan” that Hrithik should stay out of Ranbir and Katrina’s affair. During her interview in “Aap Ki Adalat” Kangana revealed that when she called Hrithik on 14th February as it was Valentine’s Day she was surprised to get a dismissal from the superstar who earlier had promised marriage and a good life together. At that time things between Hrithik and Katrina had started heating up due to which the “Krrish” actor became very conscious of Kangana’s presence in his life.

Although the Hrithik and Katrina things did not last past the movie, the affair is supposed to be one of the reasons that led to a final breakup between Hrithik and Kangana. The latter was heartbroken and bitter and dragged the “Super 30” actor in a controversy that shook the entire fandom of Hrithik Roshan and even his close friends.