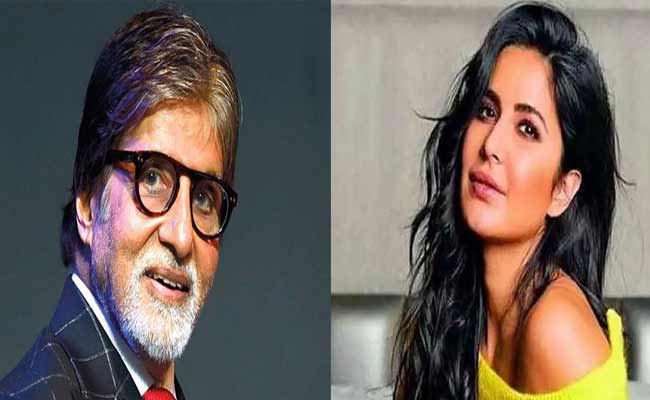 #MeToo Movement started by actress Tanushree Dutta has seen its ups and downs. The movement started when the “Ashiq Banaya Aapne” actress accused senior actor Nana Patekar of touching her inappropriately during the shooting of a song for “Horn Okk Pleassss.” And this triggered many more such accusations and revelations. Prominent film personalities like director Sajid Khan, music composer Anu Malik and filmmaker Vikas Bahl were a few who were accused of molesting or harassing women who came in close contact with them.

So when the news that Amitabh Bachchan and Katrina Kaif are doing a movie with Vikas Bahl surfaced, it triggered a debate on social media. Most of the users were surprised by the decision taken by Katrina and Amitabh and wondered how could such big stars forget the past of Bahl and agree to work with him.

Katrina Kaif and Amitabh Bachchan to collaborate for Vikas Bahl's next, according to a Mumbai Mirror report. #MeToo in Bollywood is a sham. No one cares for the women. Self-service is the only agenda. Pure disgust. FYI, Me Too does nothing to the careers of powerful men. 🙂

According to reports Bahl was accused of assaulting a woman sexually in a Bombay Velvet party in Goa.  Before that, Hrithik Roshan worked with the director and producer for “Super 30” and questions were raised about the “Jodha Akbar” actor supporting a man with such a horrendous past. However, fans supporting Hrithik tweeted that the superstar decided to act with Bahl only after he was cleared off all the charges.

Similarly, Bachchan and Kaif may also be thinking that he is not guilty of committing sexual harassment after the clearance and hence may have decided to work together for his upcoming project “Deadly.” Amitabh Bachchan is known to stir clear of any controversies and usually never works with those having a criminal or disputable past. That is why his decision to play the role of a father to the leading lady of the movie came as a surprise to his fans with many accusing both Kaif and Bachchan for bending their rules for money.

Gentle reminder that Vikas Bahl – who according to a Mirror report is doing a film with Katrina and Bachchan next – sexually assaulted a young woman at a Bombay Velvet party in Goa. I hope Katrina thinks through this *very* troubling decision of hers: https://t.co/zg3WQmA3yC

Katrina Not Working With Bahl?

One of the sources has also mentioned that Katrina Kaif has called the news of her working in Vikas Bahl’s “Deadly” as untrue. But since nothing has been confirmed directly from Amitabh Bachchan or Katrina Kaif there is a strong probability that the two stars will be working with Vikas Bahl but only because he is no longer accused of sexually assaulting.

UPDATE: heard back from Katrina Kaif, who said that the Mumbai Mirror report – of her doing a film titled ‘Deadly’ with Vikas Bahl – is untrue ?

On the other hand, even though the Reliance Entertainment internal complaints committee has given Vikas Bahl a clean chit many in the film industry do not believe that he is innocent.