From Hate For Laxmmi Bomb, Kajal’s Wedding To Vijay-Anushka Possible Romance, Newsmakers Of The Week 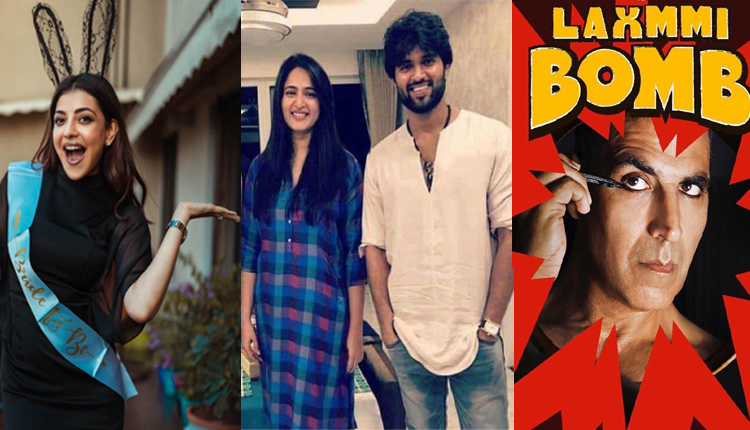 Another week has passed and it was full of buzz from the hate that Laxmmi Bomb and The Kapil Sharma Show received to Kajal Aggarwal announcing her wedding and the reports of Vijay Deverakonda and Anushka Shetty getting together for a movie.

Let’s see the newsmakers of the week.

As per media reports, lady superstar Anushka Shetty is going to romance handsome hunk Vijay Deverakonda in one of her upcoming projects. Both the actors have reportedly liked the script and given their nod to it.

“It’s true that Anushka is all set to work with Vijay. Both have given their nod for a project which will be helmed by a debutant. An official announcement can be expected to be made in a few weeks,” a source had revealed.

The coming together of this duo is surely going to mark the start of a blockbuster hit.

The Internet crashed when Kajal Aggarwal, after a number of reports and speculations, finally confirmed her relationship with the love of her life. The South beauty took to social media to announce that she is tying the knot with businessman Gautam Kitchlu on October 30 in Mumbai.

She also ended the speculation that she would be quitting acting and thanked her fans for all that she has achieved. She celebrated her bachelorette with her sister, pictures of which went viral on the internet.

Massive Outrage Against Laxmmi Bomb And The Kapil Sharma Show

While the ban for The Kapil Sharma Show was demanded because Superstar Salman Khan is one of its producers, Laxmmi Bomb faced wrath after Akshay Kumar shared a video on his Twitter account breaking his silence against the rampant allegations of drug abuse in Bollywood.

In the video, he admitted that drug problem exists in the film industry, but urged not to generalize and think that every person associated with Bollywood has drug links. Though the intent of the actor was quite genuine, it didn’t go down well with the Twitteratti.

Newsmakers Of The Week