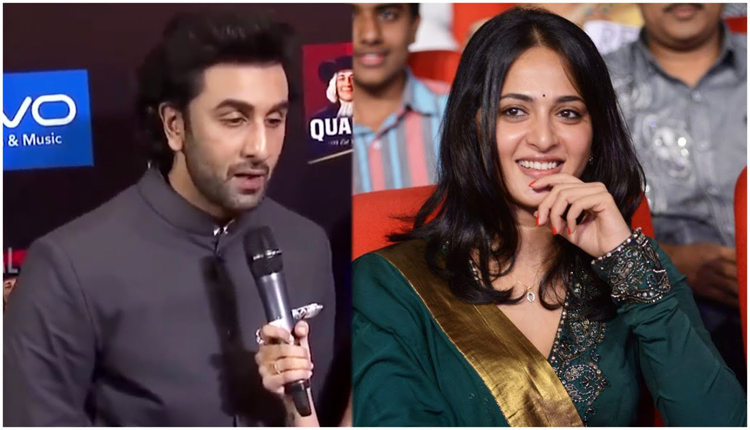 Ranbir Kapoor is the national crush for the girls across the country and has been in the limelight for his love life as well as his performance. Many actresses have confessed to having a major crush on the Barfi star and the fans agree there’s no one as charming as RK.

But this time Ranbir himself confessed to having a crush on South superstar Anushka Shetty.

On the red carpet of South Indian International Movie Awards in 2017, Ranbir Kapoor and Katrina Kaif were asked who they would want to act with from the South Indian industry. Answering this Ranbir confessed to having a crush on Anushka Shetty.

The young Kapoor had a crush on Sweety after watching her on Baahubali as Devasena. He said, “I would definitely want to work with Anushka Shetty as I now have a crush on her because of Bahubali.”

Katrina Kaif shared that she would love to work with Prabhas after the Baahubali fever.

Now fans hope producers help to bring together Sweety and Dabbu for a film together which will surely prove to be a blockbuster Jodi.

Kajal Aggarwal, Gautam Kitchlu Are Crazy In Love, These Pictures Are Proof