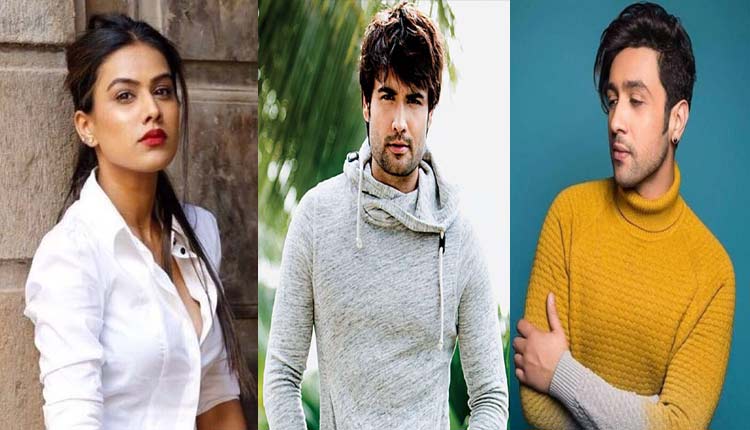 Bigg Boss 14 was supposed to be announced somewhere in June this year. But due to the coronavirus spread it has been delayed. However, several facts have been confirmed by the makers including that this time the reality show will have a jungle theme and hence the participants will have to let go of a few urban-life facilities.

Similarly, reports suggest that Salman Khan will once again don the hat of the host for Bigg Boss 14 and will start shooting for the show in September.  Slowly now the names of the participants in the show are coming forward. While some are just rumors a few may be true.

According to reports, Colors have approached both the Shakti: Astitva Ke Ehsaas Ki actor Vivian Dsena and Naagin 4 star Nia Sharma for the upcoming season of Bigg Boss. There has been no confirmation from both these actors but there is a strong probability that these stars may accept the proposal. At present Vivian who rose to fame with Madhubala- Ek Ishq Ek Junoon has reportedly not signed any new serial after Shakti: Astitva Ke Ehsaas Ki.  Similarly, after Ekta Kapoor decided to slash down the episodes of Naagin 4 due to COVID-19 lockdown Nia Sharma will also be free for some time from professional commitments.

Hence there is a strong chance that both these actors who earlier have participated in Khatron Ke Khiladi will give a nod for participating in Bigg Boss 14. Last year’s season was made sensational due to the inclusion of high-rated television stars like Rashami Desai and Sidharth Shukla. The makers are looking for the same kind of success by wooing such big television stars like Nia and Vivian.

Son of Shekhar Suman, Adhyayan Suman has denied being a part of the famous reality show on Colors Television. In his recent tweet, the Raaz 3 actor has clearly stated that it is false news and has requested the channel to clarify. Interestingly, the ex-boyfriend of Kangana Ranaut believes his inclusion in the list of Bigg Boss 14 participants as disrespectful.

False news of me being a part of big boss ! Thanks but no thanks ! Disrespectful to say the least ! #BigBoss @ColorsTV please clarify this! Regards

Another person whose name has come up as one of the participants is the brother of Sushmita Sen-Rajeev Sen. He has also denied being a part of the upcoming reality show through his recent social media post. Interestingly, Rajeev Sen has been in news for sometime recently for his alleged separation with wife Charu Asopa.