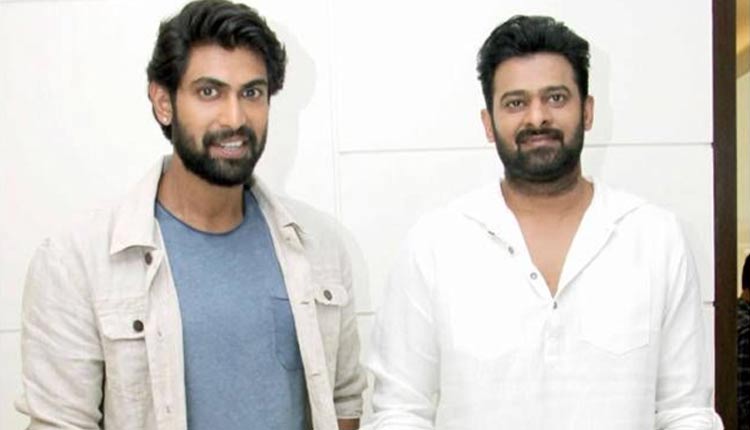 During the promotion of Baahubali movies, it was just common to see Prabhas and Rana Daggubati together in interviews and events. But now both the superstars are engaged in their other films and fans rarely get to see them together. Undoubtedly, everyone loves to see them sharing the screen space. And now fans are going to get yet another chance to do the same. According to reports, Rana Daggubati will be doing a cameo in the upcoming movie of Prabhas with Pooja Hegde.

Bhallaladeva To Appear Only For 2 Minutes

As has been reported Prabhas is currently working on three movies.  His next upcoming release titled Radhe Shyam is almost complete. The team was shooting for the last leg of work in Georgia when the lockdown was announced and they had to return to India. With the current conditions, the makers are planning to complete the rest of the shooting in India itself.

According to the latest buzz in Tollywood, the makers are now planning to add a 2-minute cameo of Bhallaladeva aka Rana Daggubati in the film. It is not yet disclosed as to what role the Dum Maaro Dum actor will play in his guest appearance. But since the Prabhas and Pooja Hegde movie is a period love story Rana’s character will also belong to the same period. So his character and even that of Prabhas and Pooja Hegde may represent glimpses of bygone era.

But this time along the focus of the love story will not be India but Italy and hence the characters may have an Italian influence. The makers wanted to shoot the rest of the movie in Italy but since things got worse due to COVID-19 spread they dropped the idea. Now the climax of the movie Radhe Shyam will be shot in Annapurna Studios.

Prabhas has two more movies in this kitty tentatively titled Prabhas21 and Prabhas22.

PM Narendra Modi’s Address At 4pm: What Netizens Are Saying?