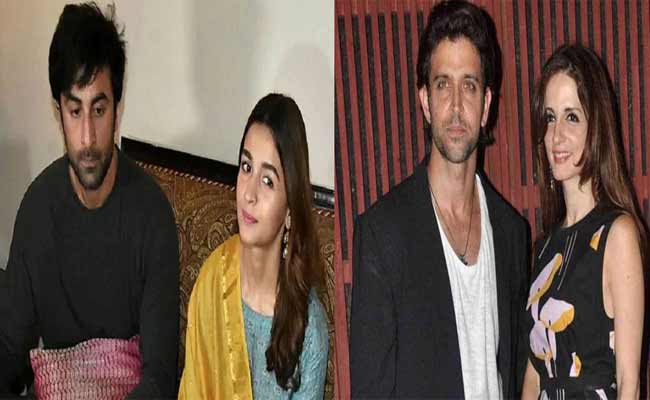 The lockdown in India imposed due to Coronavirus (COVID19 ) has brought the entire nation to a standstill. Now that everyone has been forced to stay at home, it is a big problem for the lovers to stay apart for such a long duration. That is why some of the B-town couples have been smart enough to move in together so that they do not miss each other.

Early in March when Alia celebrated her birthday with her sister Shaheen and friends with no Ranbir Kapoor around, rumors started that the couple has split. But a video that surfaced recently showed the couple strolling together followed by a dog. The video is of only a few seconds but was enough to encourage the fans to start speculating that the couple is currently living together. Both Alia and Ranbir can be seen in gym clothes with Lionel- the dog of Ranbir following them.

Although they were not exactly outside on the road, the clip reveals that they are on the premises of a building. Both the actors have their apartments but it is not exactly clear as to in which apartment they are currently staying. Affair and marriage rumors of Ranbir and Alia have been going around for more than a year now, but it is for the first time that the two have been spotted in a live-in.

It might be an indication that Alia and Ranbir might soon take their relationship to the next level and get married this year.

Childhood sweethearts Hrithik and Sussanne Khan married early had kids and shocked everyone when they separated and divorced in 2014 citing personal differences.  The good thing about their separation was neither of the two blamed the other for what happened. Over the last couple of years, they have bonded as friends and have set an illustrious example of co-parenting. Now that lockdown has forced everyone to stay at home, both Hrithik and Sussanne did not want their children to miss either of the parents.

.. 28th March 2020 Hrehaan’s was a Happy Birthday. Thanks to a little adaptability, flexibility and technology. . God bless our children . There will be better days . . Love to all. . #keepgrowing #keeplearning #funtakeswork #stayhome #staypositive #happybirthday #hrehaanturnsfourteen #careforothers❤️ #givetimetotheelders . . And thank you @suranikashealthykitchen for the amazing cake ?

That is why, Sussanne, who is a famous interior designer decided to shift temporarily to her ex-husband’s house. The “War” actor and Sussanne share two kids, Hridhaan and Hrehaan. The latter turned 14 on March 28 and the ex-couple celebrated the birthday of their elder son together video-conferencing with all the family members.

Fans are hoping that Hrithik and Sussanne should think once again about coming together as a couple as they understand each other so well.