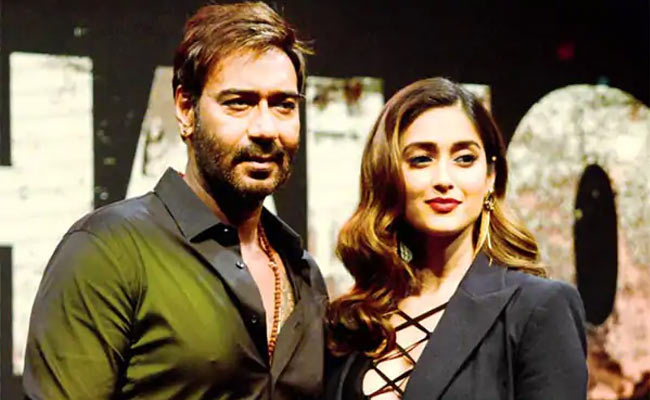 Ileana D’Cruz had a good stint as an actress in South India. Even her first movie “Barfi” in the Hindi film industry opposite Ranbir Kapoor and Priyanka Chopra gave her the critical acclaim an actress desires at a certain stage in her career. But what has been eluding her is a back-to-back success which is why she is yet to get the recognition of a mainstream actress in Bollywood.

Although few of her movies like Raid and Badshaaho with Ajay Devgn, Main Tera Hero with Varun Dhawan were quite successful either the credit was shared or went directly to the actor and the story. While Raid was appreciated for its crisp editing, story, and Ajay Devgn’s performance, Main Tera Hero was a typical Bollywood movie with two heroines and one hero.

Since it was a David Dhawan flick, most of the focus was on his son Varun. Also with another actress Nargis Fakhri being a part of the lead star cast, Ileana did not have much to do than just playing a beautiful girl.

Another actor who is trying to make a good comeback to Bollywood is none other than Abhishek Bachchan. He was last seen in Manmarziyaan which also starred Vicky Kaushal and Taapsee Pannu. Both Abhishek and Ajay are good friends. That is the reason Ajay tried to boost the career of junior Bachchan through his production with Rohit Shetty- Bol Bachchan.

Now yet again he is trying to help him and also Ileana D’Cruz. The Singham actor has signed Ileana and Abhishek for The Big Bull which will be a flick based on the Harshad Mehta scam which rocked India during the nineties. Apart from that Ajay is said to be working with his story writers on a script for the sequel for his hit movie Raid. According to reports, the “Tanhaji” actor is keen to get Ileana on board. Fans loved the chemistry between Ajay and Ileana and hence the former wants her back in the sequel.

Since Ileana has no other movies in hand currently apart from The Big Bull, which also is being produced by Ajay Devgn, getting a sequel with the superstar will be a big deal for her at this stage and can help in saving her sinking career.

Ensure Unhindered Movement Of Doctors During Lockdown: Centre To States

Shramik Special trains to run in full capacity with 3 stoppages