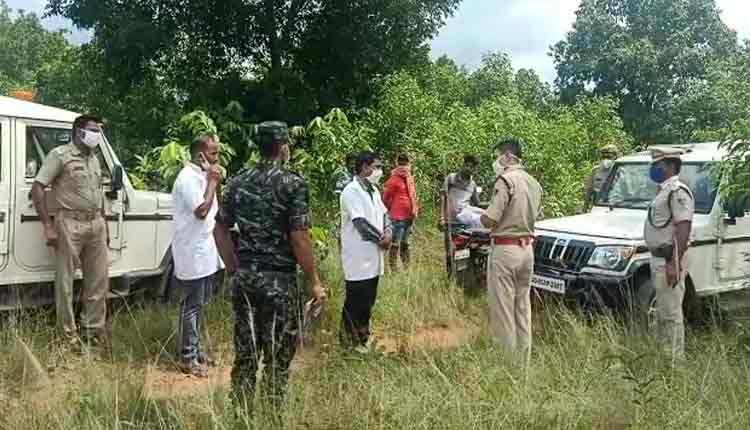 Angul: Police on Thursday intensified probe into the death of three persons, including a minor girl whose bodies were found hanging in Chendipada forest yesterday.

Out of the deceased, two have been identified as Sushant Majhi and Baru Behera of Palasbania village. While two bodies were found hanging from one tree, Police recovered the third one hanging from another nearby tree in the forest.

Though the exact reason behind the deaths is still unclear, family members of Sushant alleged that he has been killed over some love affair.

“We have been looking for our son for the last four days. Earlier, my son was into a relationship with a girl which was being opposed by us and the girl’s family. The matter had even reached police station. We suspect that he (Sushant) has been murdered,” alleged Sushant’s father.

“My brother was missing since July 22. Though we tried to contact him over phone, he did not answer our calls. We later got information that three bodies have been recovered from the spot. We suspect it to be a murder case,” said Mandara.

On the other hand, Angul SP Jagmohan Meena said, “Our forensic teams visited the spot and a special team headed by SDPO has been constituted to probe the matter.”