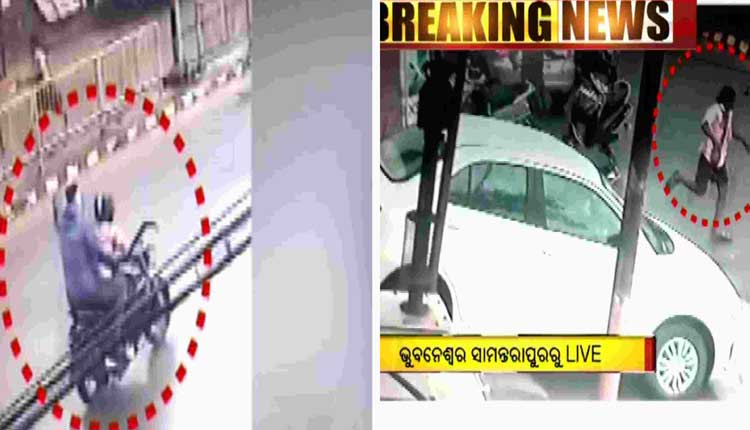 Bhubaneswar: In a horrific incident, a man was allegedly brutally hacked to death at Samantarapur area in Bhubaneswar on Sunday. The deceased Jambu Sahu, who used to run a sweets stall, is suspected to have been killed by his business rival.

As per reports, the victim was chased on the road before he was brutally assaulted with some sharp weapons. The entire incident has been captured in CCTV cameras installed near the spot.

“My husband was earlier working at a sweets shop. Later, he quit the job and started doing own business which irked his previous employer,” alleged Sahu’s wife.

Today, the traders’ association and locals had blocked the road in protest of the gruesome murder. “We demand arrest of the miscreants involved in the incident within two days,” said a local resident.

Later, the road blockade was lifted after officials of Lingaraj police station reached the spot and held a discussion with the agitators.

“Preliminary investigation reveals that two persons are involved in the murder. We are trying to ascertain the motive behind the killing,” said Bhubaneswar DCP, Umashankar Dash.