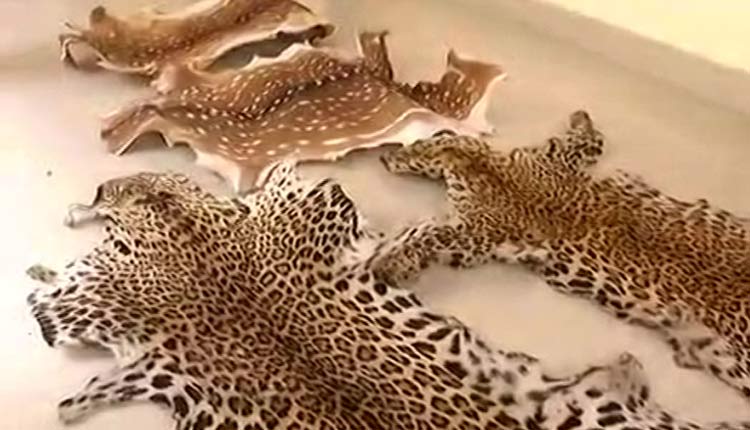 The arrested persons have been identified as Pratap Kumar Nayak of Sakin village and Kishore Chandra Dehury of Dedhasura village under Daspalla block in the district.

The STF also seized two leopard hides, two skins of spotted deer and other incriminating articles from their possession.

Acting on a tip-off about a deal to sale the leopard and deer skin, a team of STF conducted raids at Giripuja forest under Daspalla police limits yesterday and arrested the two with the animal hides. As they were unable to produce any valid authority for possessing the animal skins, the STF arrested the two smugglers today.

Nayak and Dehury have been booked under Wild Life (Protection) Act, 1972 and will be forwarded to Daspalla judicial magistrate first class (JMFC) court today.

The animal skins that were seized by the STF will be sent to Wildlife Institute of India in Dehradun for medical examination. Further investigation in connection with the case is underway, said the STF in a statement.