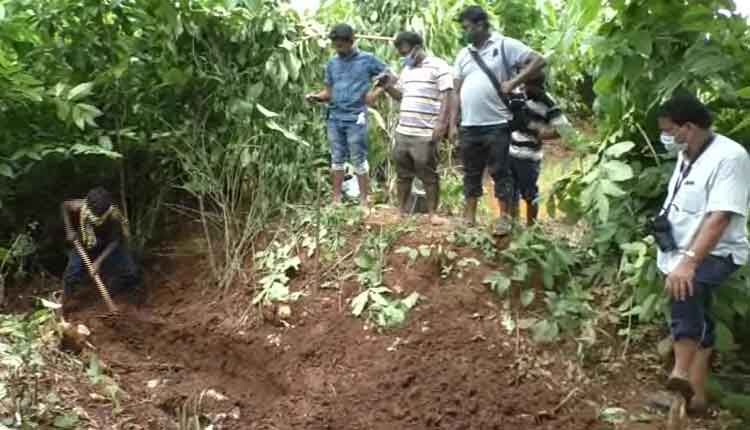 Sundergarh: Police on Tuesday exhumed the body of a woman, who was allegedly strangulated to death by her husband some 40 days back in Sundergarh district. The decomposed body of the deceased woman, Sambhari Munda was exhumed from the spot where she was buried by her husband Nepal Munda, who has been arrested by police.

The shocking incident has been reported from Upargania village under Mahulpada Police limits in the district.

As per police, the accused Nepal Munda had allegedly killed his wife over some family feud and later disposed her body. The matter came to light after the family members of the deceased lodged a complaint after they could not trace the whereabouts of Sambhari. Though the family members kept asking Nepal about their daughter, he failed to give any satisfactory answer.

Later, during interrogation by cops, the accused confessed to have killed Sambhari last month.

“My wife was not listening to me and used to do things as per her own will. I took her to the river side and killed her by strangulating her with my hands. Later, I buried her body,”

Following the confession by the accused during interrogation, the body of the deceased woman was exhumed in presence of cops and magistrate.

“Today, the body of a woman was taken out from the spot where she was buried,” said Priyadarshi Sangram Keshari Khuntia, Additional Tehsildar, Lahunipada.

Also Read: Youth Hacked In Bhubaneswar Over Past Enmity

Journalist Shot At In UP’s Ghaziabad In Front Of Daughters, 9 Held