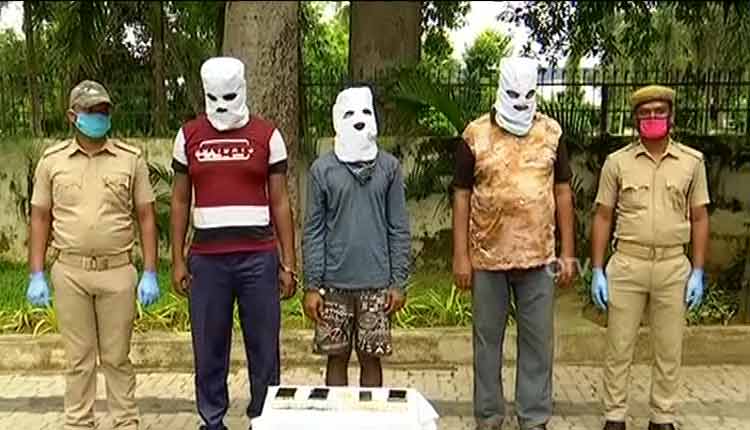 Cuttack: Buying a plot of land and constructing own house is everybody’s dream. But what if anti-socials create nuisance and demand extortion?

A businessman based in Cuttack faced a similar situation as criminals demanded an extortion of Rs 2 lakh after he purchased a land in Kesharpur area last year. However, the businessman from Badambadi area did not bow down to the pressure rather took help of police and lodged a complaint in connection with the incident.

Based on his complaint, Badambadi Police today arrested three associates of dreaded criminal Shakil. They have been identified as Wasim Khan, Rajesh and Mohammad Sahajan.

Cuttack DCP, Prateek Singh today informed that the complainant, who runs a hotel, had purchased a plot of land at Kesharpur area in December 2019. When the construction work started, the complainant received a phone call and the caller identifying himself as Shakil threatened him to pay Rs 2 lakh or else he would not be allowed to move ahead with the construction work of the house.

The complainant immediately disconnected the call. Later, three persons- Wasim, Rajesh and Sahajahan came to the spot and threatened the complainant and made him to speak to Shakil again over phone, Singh informed.

“Based on the complainant’s FIR, we have arrested the three accused and they confessed to have committed the crime on the directions of Shakil,” Singh added.

Senior officials informed that the three associates of Shakil were arrested by a team of Badambadi Police Station and the special squad. Four mobile phones, Rs 10,000 cash, an ATM debit card have been recovered from their possession.