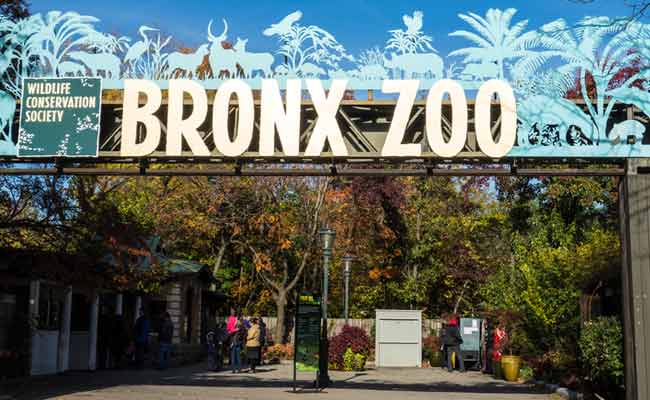 New York:  Four tigers and three lions have tested COVID-19 positive at the Bronx Zoo in New York, authorities announced, weeks after a Malayan tiger at the facility was confirmed positive and six other big cats were said to be exhibiting similar symptoms.

On April 5, the Wildlife Conservation Society that runs the New York zoo, reported that one tiger had tested positive for the new coronavirus, the first known COVID-19 infection found in a big cat, reports Efe news.

“We can confirm that the three other tigers in Tiger Mountain and the three African lions that exhibited a cough have also tested positive for COVID-19,” the zoo said in a statement on Wednesday.

The test was done by using a faecal sample so that the animals did not have to be placed under anesthesia, as with the Malayan tiger.

“The faecal tests confirmed our suspicion that all seven cats had the infection, and also determined that one tiger at Tiger Mountain that never developed a cough was also positive for the disease,” it added.

The wildlife centre said that “all eight cats continue to do well. They are behaving normally, eating well, and their coughing is greatly reduced”.

“We tested the tigers and lions out of an abundance of caution and will ensure any knowledge we gain about COVID-19 will contribute to the world’s continuing understanding of this novel coronavirus,” said the zoo officials.

“The testing of these cats was done in veterinary laboratories and resources used did not take from those being used for human testing,” they added.

It is still believed that the animals were infected by an asymptomatic staff member who had contact with the animals before developing symptoms.

As of Wednesday, two pet cats in New York state have tested positive for COVID-19, becoming the first domestic animal cases detected in the US.

Both animals live in different areas of New York state, the current epicentre of the pandemic not only in the US but worldwide.

They have mild respiratory problems and are expected to recover soon, according to a statement from the Centers for Disease Control and Prevention and the National Veterinary Services Laboratories of the Department of Agriculture.

Two pet cats in New York have been infected with the novel coronavirus, becoming the first pets in the United States to test positive for the virus, federal agencies said.

The two cats, which live in separate areas of New York state, have shown mild symptoms and are expected to make a full recovery, according to a statement released by the US Department of Agriculture’s National Veterinary Services Laboratories and the US Centers for Disease Control and Prevention (CDC) on Wednesday, reported Xinhua news agency.

In the household of the first cat, no individual has tested positive for COVID-19, and experts believe the cat may have contracted the virus from an infected person outside its home, or from mildly ill or asymptomatic household members.

The second cat’s owner had tested positive for COVID-19 before the cat showed signs of respiratory illness, according to the statement.

There is no evidence that pets play a role in spreading the coronavirus in the United States, said the statement. “Therefore, there is no justification in taking measures against companion animals that may compromise their welfare.”

As public health experts and officials are still learning about the virus, the CDC recommends people to keep cats indoors, walk dogs on a leash and avoid crowded places like a dog park.

For those who are sick with COVID-19, experts suggest they should restrict contact with their pets and other animals.

Earlier this month, a tiger at New York City’s Bronx Zoo tested positive for COVID-19 after developing a dry cough. Other six tigers and lions in the zoo also showed similar symptoms.