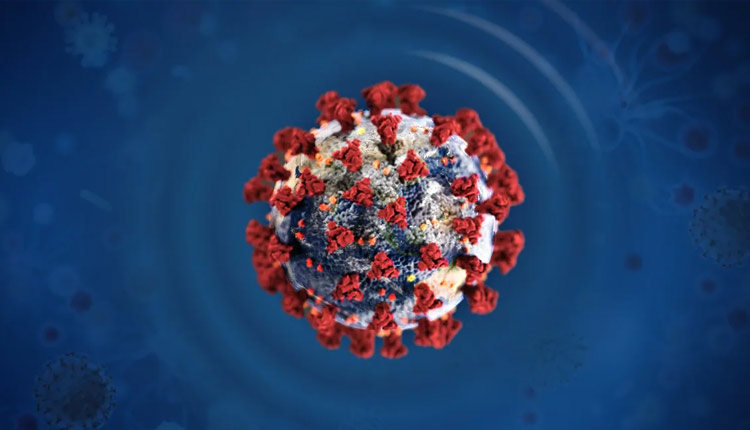 The COVID-19 pandemic has brought the world to a standstill. Here are the latest updates on the coronavirus crisis from around the globe on Saturday.

Washington, June 6 (IANS) The total number of global coronavirus has increased to over 6.7 million, while the death toll has topped 394,000, according to the Johns Hopkins University.

As of Saturday morning, the overall number of cases stood at 6,731,824, while the death toll increased to 394,787, the University’s Center for Systems Science and Engineering (CSSE) revealed in its latest update.

With 1,897,239 confirmed cases and 109,127 deaths, the US currently accounts for the highest number of infections and fatalities in the world, according to the CSSE.

In terms of cases, Brazil comes in the second place with 614,941 infections.

Regarding fatalities, the UK continues in the second position after the US with 40,344 COVID-19 deaths, which also accounts for the highest fatalities in Europe.

Chinese health authority said on Saturday that no new domestically transmitted COVID-19 cases were reported on the mainland on Friday.

No deaths related to the disease were reported, said the commission, adding that one new suspected case from abroad was reported in Shanghai on Friday.

The commission said 257 asymptomatic cases, including 41 from overseas, were still under medical observation.

A total of 1,045 patients in Hong Kong, 45 in Macao, and 429 in Taiwan had been discharged from hospitals after recovery.

Another 357 COVID-19 patients have died in Britain as of Thursday afternoon, bringing the total coronavirus-related death toll in the country to 40,261, the British Department of Health and Social Care said on Friday.

The figures include deaths in all settings, including hospitals, care homes and the wider community. As of Friday morning, 283,311 people have tested positive for the disease in Britain, a daily increase of 1,650, said the department, Xinhua reported.

Charing Friday’s Downing Street press briefing, Health Secretary Matt Hancock said the number of people on ventilators in hospital has dropped to 571, from a peak of more than 3,000 on April 12. These are “encouraging trends”, he said.

Hancock also announced that all hospital visitors and out-patients will have to wear face coverings from 15 June.

All hospital staff, whether working in a clinical setting or not, will have to wear a type one or two surgical mask, he added.

Earlier in the day, British government’s chief scientific adviser Patrick Vallance told reporters in a virtual briefing that the R-number — the average number of people that will contract coronavirus from an infected person — for England was between 0.7 and one, while it remained between 0.7 and 0.9 for Britain as a whole.

France saw its overall toll of the coronavirus epidemic rise to 29,111 on Friday, after it recorded 46 deaths in the last 24 hours, slightly up from Thursday’s 44, the Health Ministry said in a statement.

The updated tally only includes hospital fatalities as those occurring in nursing homes and medico-social establishments will be updated on a weekly basis on Tuesdays, Xinhua reported.

A total of 611 people have tested positive for the virus in the last 24 hours compared with Thursday’s 767, making the total number of infections to 153,055 since the outbreak of the epidemic. Up to 70,504 have been discharged from hospitals since early March.

“The virus is still present on the national territory and remains dangerous, in particular for the elderly and those suffering chronic diseases,” the ministry said.

“Let’s not relax our efforts by applying barrier gestures. Let’s continue collectively to show caution and common sense to break the chains of contamination and curb the epidemic,” it added.

WHO recommends wider use of face masks to curb COVID-19

Covid-19 Odisha Lockdown: Owners be allowed to walk pets outside, Animal Welfare Board requests all States

Weren’t Allowed To Enter Lift With Aussie Players In…