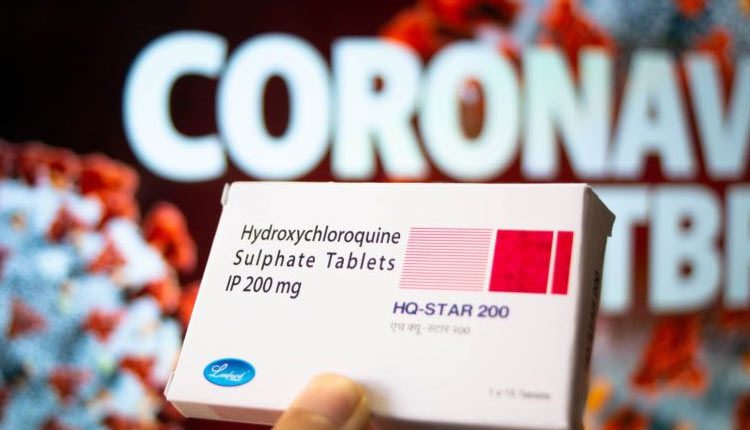 New York: In the first major research scandal to emerge from the coronavirus pandemic, The Lancet, one of the world’s most influential medical science journals, has retracted a research paper by four authors Dr. Mandeep R. Mehra, Dr. Frank Ruschitzka, Dr Amit N. Patel and Dr. Sapan Desai who reported that malaria drugs chloroquine and hydroxychloroquine, touted by US President Donald Trump as “gamechangers” in the fight against COVID-19, increase mortality in patients.

Just as context, this development comes at a time when hydroxychloroquine has proved ineffective in the first large study which tests it in people in close contact with COVID19 infected people. These results were published this week by the New England Journal of Medicine.

“Today, three of the authors of the paper, “Hydroxychloroquine or chloroquine with or without a macrolide for treatment of COVID-19: a multinational registry analysis”, have retracted their study. They were unable to complete an independent audit of the data underpinning their analysis. As a result, they have concluded that they “can no longer vouch for the veracity of the primary data sources”, The Lancet said in a statement on Thursday.

Soon after the study was published, large randomised trials of chloroquine and hydroxychloroquine came to a sudden halt.

Mehra, Ruschitzka, and Patel are three of the four authors who have retracted this study that has existed for exactly 13 days. The fourth author – Sapan Desai – is the founder of the company which supplied the database and is missing from the list of names in the Lancet retraction statement.

This study was first published on May 22 and concerns began mounting almost immediately about this and one more study in the New England Journal of Medicine where the same company – Surgisphere – supplied data.

The Surgisphere database in the retracted Lancet study has been in the spotlight because of its size a” nearly 100,000 patients”.

“Our studies, including that published in The Lancet, use a registry, with data obtained from electronic health records (EHR). In our hydroxychloroquine analysis, we studied a very specific group of hospitalised patients with COVID-19 and have clearly stated that the results of our analyses should not be over-interpreted to those that have yet to develop such disease or those that have not been hospitalised,” says an excerpt from its statement.

The Lancet is not alone in retracting a COVID19 paper that has attracted widespread attention.

The New England Journal of Medicine today put out a thick paragraph retracting their article called “Cardiovascular Disease, Drug Therapy, and Mortality in Covid-19.” Here too, Surgisphere is the data pipeline, Dr. Mandeep Mehra of Brigham and Women’s Hospital in Boston led both the Lancet and NEJM studies and the authors in both cases include Sapan Desai, Surgisphere’s founder.

Reacting to the latest developments, physician-scientist Eric Topol tweeted, “If authors misrepresent that they had full access to the data, there isn’t any way to verify or refute that. The system relies on trust.”

Standing up for the editors and peer reviewers at @TheLancet and @NEJM which retracted the papers today.
If authors misrepresent that they had full access to the data, there isn’t any way to verify or refute that.
The system relies on trust.

Coronavirus Vaccine Could Be Available This Year, Says UK Scientist